Too smart for their owners: 5 cases of humans outsmarted by their own gadgets 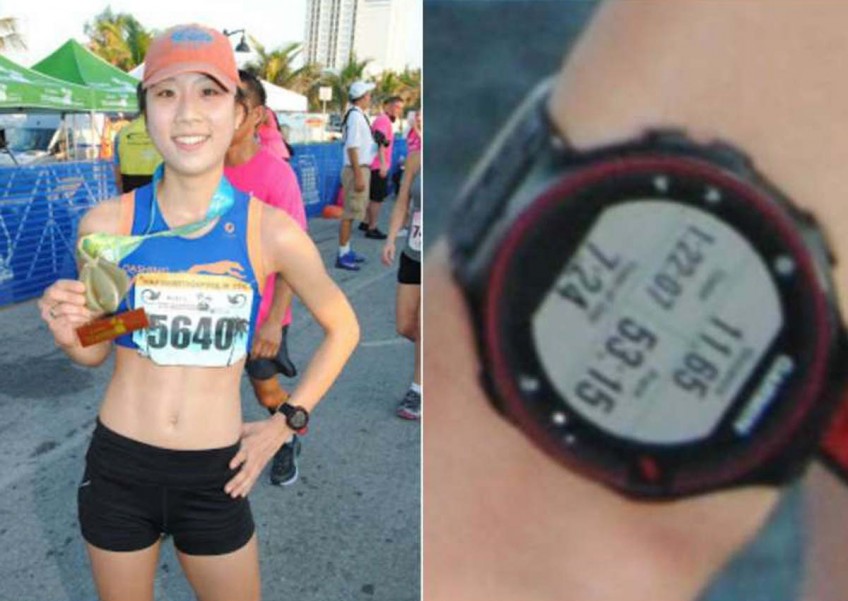 A man in Ohio was charged with arson and insurance fraud based on his pacemaker data, media reports said in February.

The man had originally claimed that he escaped out of the window when his house caught fire last year.

In an age of smart devices, there are instances when gadgets may become "too smart" for their owners, exposing cheats and potentially leaking intimate information.

Here are five such cases.

In February, a French businessman sued Uber for up to 45 million euros (S$67.7 million) for what he perceived as a glitch in the ride-hailing app, that exposed his affair.

The man claimed he had logged off after using his wife's smartphone to get a ride, but the application continued to send her updates afterwards.

It revealed his travel history and aroused suspicions about his lover. The couple have since divorced, Le Figaro newspaper said.

His lawyer told AFP that the function to disconnect failed "and the bug caused (my client) problems in his private life".

In February, a New York-based food blogger was caught lying about her race times during a marathon, after a race analyst zoomed in on her GPS watch.

Ms Jane Seo, 24, had come in second at the Fort Lauderdale A1A Half Marathon on Feb 19.

However, Mr Derek Murphy, a specialist in exposing marathon cheats, discovered a photo of her with her watch that showed she had not covered the 21km of the race.

Mr Murphy zoomed in on a post-race photo of Ms Seo and found that she had covered only 11.65 miles in a time of 1hr 22min 7sec.

This meant she was running at a faster speed for the last 11km, when most runners had begun slowing down.

Ms Seo later admitted she had cut the course as she was not feeling well, and deleted her Instagram account.

In August last year, a man successfully unlocked and walked through his neighbour's front door - all with the help of Apple's voice assistant Siri.

The house, in Springfield, Missouri, belonged to Apple fan Marcus, who had outfitted his house with Apple smart home-compatible gadgets.

The gadgets, which cost him several thousand US dollars, were operable via Siri. The entire set-up was voice-controlled by an iPad Pro, which Marcus placed in his living room.

One day, when his neighbour Mike called "Hey Siri, unlock the front door", Siri did just that - and Mike walked in, right in front of Marcus' stunned eyes.

Mike was able to do so as Marcus had not placed a passcode on his iPad Pro. If he had, Mike would have had to input his pin before Siri opened the door.

Marcus posted the incident on Reddit, and the discussion went viral, sparking threads about security and smart devices.

The maker of sex toy We-Vibe, vibrators that can be controlled by smartphones, was in September last year hit by a lawsuit from a woman in Chicago who accused the company of collecting intimate information on how its customers use sex toys.

The company settled privately for an undisclosed amount.

In November last year, several users launched a class action lawsuit against Standard Innovation, the tech company behind We-Vibe couples' vibrators, alleging that the company collected real-time data on how the devices were used based on the connected toys and mobile apps.

We-Vibe had in October adjusted its security measures and made it easier for users to opt out of data collection.

Jeannine M. Risley, 43, said she was raped on March 10 in 2015 by an unknown man in Lancaster, a city in America's north-eastern Pennsylvania state.

According to the Florida native's account, the man attacked her in a bathroom and raped her at knifepoint while she was in the guest portion of her boss's home in East Lampeter Township.

However, investigators found her Fitbit fitness watch in a hallway. It indicated that she had been awake and walking around that night instead of sleeping as she had claimed.

Other parts of her account did not add up and Risley was charged with false reports, false alarms and tampering with evidence.