Trying out a self-driving robotaxi in China, a very 'considerate' ride 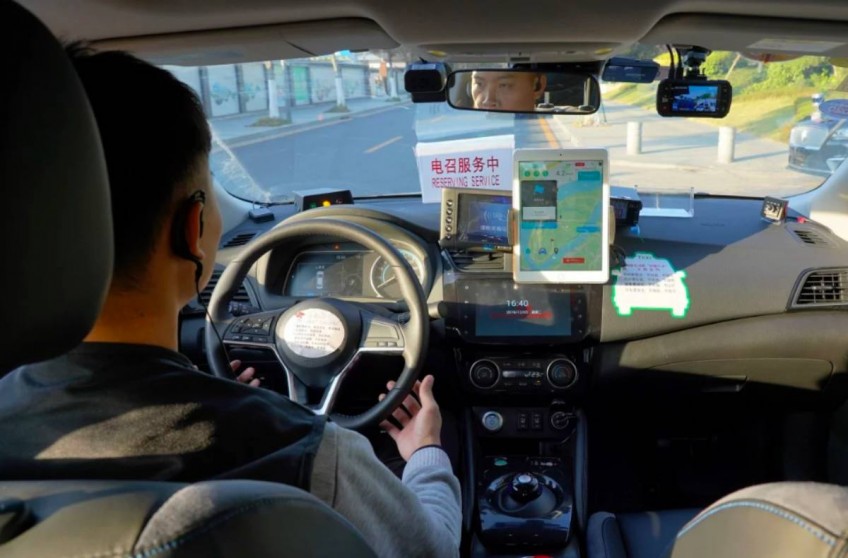 Inside a robotaxi, an autonomous driving vehicle, operated by WeRide in Guangzhou.
South China Morning Post

From Batman to Transformers, self-driving cars have long captured the popular imagination.

And China, where the pervasive use of artificial intelligence (AI) technologies extends from sorting rubbish to traffic control, is a natural testing ground for companies jostling to make this sci-fi fantasy a reality.

They are part of a global move towards autonomous vehicles, which are quickly becoming the world's first major AI revolution.

The sector has drawn billions of dollars of investment over the past few years, with the global autonomous vehicles market projected to be worth US$65.3 billion (S$88.8 billion) by 2027, according to a report by Market Research Future.

Major US players such as Google, Tesla and General Motors have jumped on board with projects trialing the technology, and Chinese firms are racing to catch up: more than 100,000 trips have already been taken on Alphabet's Waymo One, its commercial self-driving ride-hailing service, since it was launched in Arizona, US last December.

In the white-hot competition between Chinese companies to push out robotaxis - self-driving taxis ordered through e-hailing services-, two contenders have emerged as the first to launch public trials of their autonomous cab services in the country.

The national AI champion aims to bring 100 robotaxis to the capital of Hunan province by the end of this year.

The service, first announced in August, is a joint venture between WeRide and Baiyun Taxi Group, the largest taxi company in south China.

With many still sceptical about how these robotaxi services will work in reality, I jumped at the chance to try out WeRide's brand new RoboTaxi service myself.

In Guangzhou's Huangpu district, there are now dozens of robotaxis covering an area of about 145 sq km from 8am to 10pm.

Arriving in the city on a sunny Tuesday morning, I excitedly ordered my ride from the entrance of Xiangxue International Hotel Apartment to Guangzhou Science Town via an app called WeRide Go, which resembles other ride-hailing platforms such as Uber and Didi.

Like all so-called self-driving cars currently available, WeRide Go still requires a safety driver behind the wheel to take control of the car in case of an emergency.

The fact that human intervention is sometimes necessary is a roadblock that autonomous driving researchers, looking for a way to completely replace the need for human drivers, are facing worldwide.

Waymo is the only company so far to have secured a full license for testing without a safety driver, although China's AutoX applied to do the same in California this week.

The driver in my robotaxi was not allowed to talk with me as he had to maintain an intense focus on road conditions.

Inside the vehicle, I found a tablet-sized screen - which the ride-hailing operator calls WeRide Viz - attached to the back of the front passenger seat.

My journey started when I tapped on the start button, and from the screen I could see how the car visualised the environment and nearby vehicles on the busy streets of Huangpu district.

There were also explanations of the actions the car would take according to the conditions it detected, which gave me a sense of security. I could clearly see what the Robotaxi would do next and why. 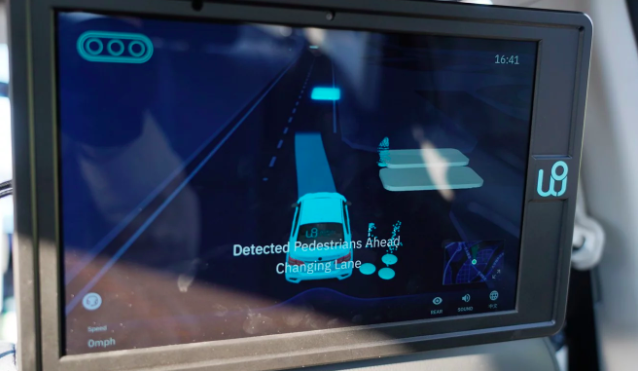 During the 15-minute journey, the car demonstrated its ability to make smooth U-turns, stop automatically in front of traffic lights and wait for pedestrians - even jaywalkers - to pass.

As a driver, the robotaxi system was very "considerate", perhaps exceedingly so at times. It always gave way to other vehicles if they were close, even if it had the right of way.

There were two instances where the human safety driver had to intervene.

In the first, the robotaxi stopped suddenly when two cars tried to cut into the lane in front and behind it at the same time.

The driver took control for a short while before restarting the autonomous driving function.

Later, the car halted and had to be manually operated by the human driver again after several failed attempts by the AI system to change lanes in heavy traffic after spotting roadblocks ahead.

These moments showed that the system was not fully equipped to run by itself just yet: while it could handle most straightforward scenarios, the human driver had to step in for more complicated situations.

But despite my nervousness when the car stopped suddenly, the ride was generally smooth. Given that the service had just started trials a few days ago, I felt that this was acceptable.

WeRide's tech lead, Liu Zhenya, said that in the few days since the trial launched, the company has already received plenty of feedback from passengers and he felt the enthusiasm of the people of Guangzhou to try the new service.

Moving RoboTaxi from a demo to a public trial was a "big challenge", he said.

"When we open it to the public, we need to take care of the daily operation of many robotaxis and we need a series of products to interact with passengers, such as WeRide Go and WeRide Viz." 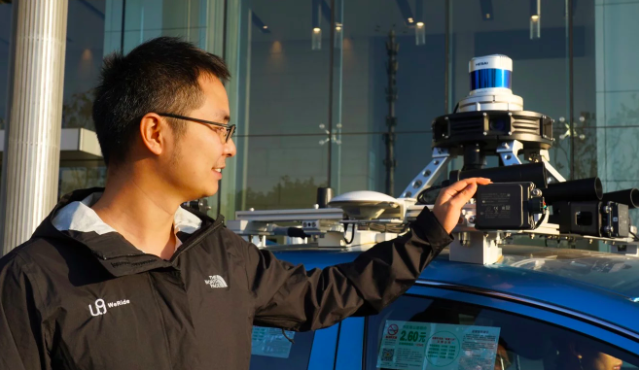 Guangzhou-based WeRide, founded in 2017, plans to offer its Robotaxi services in more areas in the city shortly and expand to other cities around China in the longer term, according to Liu.

Test rides for the WeRide RoboTaxi service are currently free and members of the public can get coupons to try them out by suggesting three new locations for boarding and alighting from the robotaxis via the company's official WeChat account.

Amid an ongoing competition between the US and China to achieve supremacy in AI, China's National Development and Reform Commission wants smart vehicles to account for half of all new cars sold domestically by 2020.

Baidu's Apollo service, the only other robotaxi service in the country that is currently open to public trials, also uses a human safety driver in the driver's seat and has a screen inside that allows passengers to see how the system is sensing its surroundings and making decisions.

Members of the public can apply to try Apollo in Changsha via its official website.

Other players in the Chinese autonomous cab scene include ride-hailing company Didi and self-driving tech start-up AutoX, both of which have said they are looking to deploy robotaxi services in Shanghai by the end of year and early 2020.

Pony.ai, another Guangzhou-based start-up, is considered a Chinese front-runner in the technology as it has offered limited, pilot robotaxi services around its campus for several years, although these trials have not been launched publicly yet.

According to a report by California's Department of Motor Vehicles (DMV), the Chinese firms' self-driving cars are still lagging behind their US peers when it comes to achieving fully self-driving cars that do not need human intervention.

From December 2017 to November 2018, Beijing-based Baidu's tests showed that its self-driving cars "disengaged" from autonomous control about every 330km, compared with an average of every 17730km for Waymo.