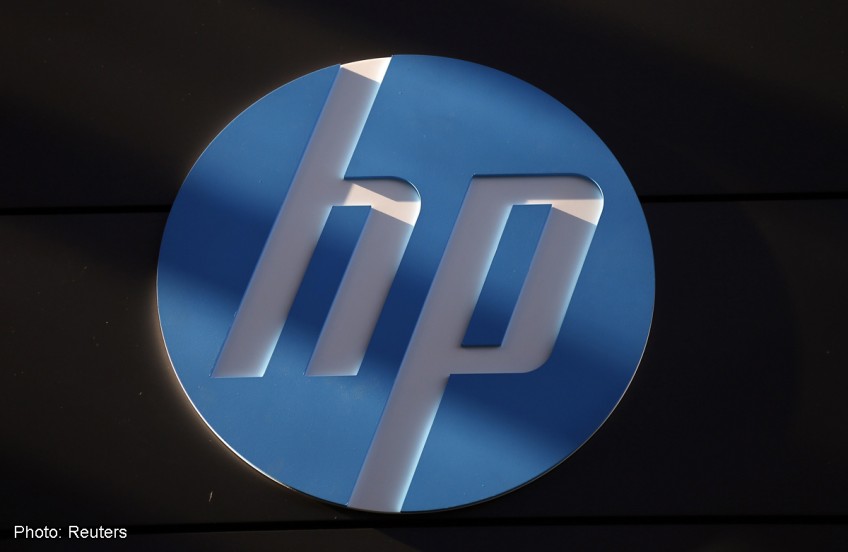 The Vatican has become enmeshed in a struggle between Hewlett-Packard Co and Michael Lynch, the former CEO of the UK software company Autonomy Corp bought by HP in 2011 in a deal that led to a big loss for the US technology giant.

An argument over the proposed use of Autonomy's software to help digitize the Vatican's library potentially lends support to HP's accusation that Autonomy booked sales even when the intended end user had not decided to buy the software.

In the end, the Vatican says it did not purchase the software for the library project from Autonomy or from a reseller of Autonomy's products, MicroTechnologies LLC. Nevertheless, Autonomy booked US$11.55 million (S$14.33 million) in revenue based on the sale to MicroTech of software that was earmarked for the proposed Vatican deal, according to sources familiar with HP's investigation.

Autonomy's booking of revenue tied to a Vatican deal that didn't happen illustrates one way in which HP contends the software company gave a distorted impression of how rapidly it was growing, these sources said.

A source familiar with Autonomy's business at the time counters that its approach to booking revenue in such transactions with resellers was permissible under UK accounting standards and blessed by its auditor Deloitte.

HP took an US$8.8 billion impairment charge in November 2012 for its US$11.1 billion purchase of Autonomy. The size of the loss, and the speed with which it occurred, marks the deal as one of the most disastrous done by a major company in recent years.

A letter seen by Reuters shows that Vienna, Virginia-based MicroTech, wrote to the Vatican library, Biblioteca Apostolica Vaticana (BAV), on April 23 this year seeking payment for the $11.55 million of Autonomy software.

MicroTech CEO and President Anthony Jimenez said in the letter that in March 2010 Autonomy had requested it buy the software in 2010 so that MicroTech could "participate as a reseller" in a project between the library and Autonomy.

Jimenez said MicroTech was surprised to see an announcement from another company, Japan's NTT Data Corp, in March this year stating that it had been selected to conduct the Vatican library's digitization project. He asked the Vatican library if Autonomy software had been used in the NTT contract or any other such project, and, if so, when was payment made for that software and who received it.

"We are writing to you to confirm your receipt and use of the software and to obtain payment for that use," said Jimenez in the letter.

In response, Vatican library prefect Monsignore Cesare Pasini sent a letter to HP in which he said MicroTech's assumption that Autonomy software was being used in the project "is absolutely false." He said the project uses software from NTT Data and others but not anything from Autonomy and MicroTech.

Pasini added that the Vatican library has "never dealt with MicroTech."

HP declined to comment on how it responded to the Vatican letter.

MicroTech General Counsel Aaron Drabkin said that Jimenez was not available for comment.

HP said late last month it plans to pursue claims against Lynch and Autonomy's former Chief Financial Officer Sushovan Hussain. The precise nature of such claims and when HP might file them could not be learned.

Authorities, including the US Justice Department, the US Securities and Exchange Commission and the UK's Serious Fraud Office, are also investigating HP's accusations against Autonomy's former top management.

A lawyer for Hussain did not respond to requests for comment.

The MicroTech claim to the Vatican for payment leaves key questions unanswered. It is not clear why the reseller agreed to buy the software for a project that had not been awarded, and why the Vatican had never heard of MicroTech's involvement.

Struck on the last day of the first quarter of 2010, the MicroTech deal was crucial in allowing Autonomy to meet market expectations for the quarter, with revenue - which was boosted by acquisitions - coming in at US$194.2 million, up about 50 per cent from a year earlier. Analysts' consensus forecast was for US$193 million. It was on the basis of such growth that HP when it acquired Autonomy was prepared to pay a 79 per cent premium to its stock market value.

In the end, HP wrote off US$2.3 million on the sale to MicroTech because of non-payment to HP by the reseller. That is according to an internal email, dated Oct. 12, 2011, from Autonomy's accounts department to counterparts in HP that has been reviewed by Reuters. By that date, HP owned Autonomy.

Autonomy's deal with MicroTech is among a series of transactions that are being questioned by HP following its investigation, the sources familiar with the probe said.

HP declined to comment on the specifics of the Vatican deal but said in a statement that more generally "former senior Autonomy management used numerous tactics to misrepresent the reported financial metrics of the company." It said that this included Autonomy recognising revenue on transactions that never closed and misidentifying categories of revenue to "create the illusion of a high-growth company." The result was that investors and HP were misled, HP alleged.

Autonomy's former management believes HP is misrepresenting the nature of a few deals that don't in any way add up to the amount of revenue that HP claims was questionable, according to the sources familiar with Autonomy's business at the time.

Under International Financial Reporting Standards, several conditions must be met before a company can book revenue from the sale of goods to a reseller. These include the condition that "significant risks and rewards or ownership of the goods" has been transferred to the buyer, and the seller "retains neither continuing managerial involvement to the degree usually associated with ownership nor effective control over the goods sold."

Lynch believes that this was clearly the case with the MicroTech sale, according to the source familiar with Autonomy's business at the time. MicroTech made its own commercial decision to buy the software, and was therefore like any other customer for Autonomy, the source said, adding that whether that software ended up with the Vatican or not was an issue for MicroTech and not Autonomy.

Ambrogio Piazzoni, vice prefect of the Vatican library, told Reuters that it had worked with Autonomy on a feasibility study that lasted up to a year-and-a-half. But he said around the summer of 2011 - just before Autonomy's acquisition by HP - Autonomy stopped showing interest in the project, putting off appointments, though it did not formally withdraw.

According to documents prepared for Autonomy's audit committee that have been seen by Reuters, Deloitte reviewed the deal and it was satisfied the sale to MicroTech had taken place and could be booked by Autonomy.

In a statement Deloitte said it "categorically denies that it had any knowledge of any accounting improprieties or misrepresentations in Autonomy's financial statements."