WeChat, the ubiquitous super app operated by Tencent Holdings, is introducing a rule to ban secondary trading of non-fungible tokens (NFTs) on the platform, heeding Chinese regulators' guidelines to steer clear of the financial aspect of such digital assets.

Tencent said it will "order accounts to rectify if they provide relevant services or content for secondary trading of digital collectibles, and limit some features or even ban the account", depending on the severity of the cases.

"Tencent is acting preemptively to keep itself out of trouble," said Bao Linghao, a senior analyst at research firm Trivium China. "There are no formal regulations on NFT trading yet, but Chinese regulators don't like speculation of any kind, including NFTs."

In April, Chinese financial institutions were asked to stay clear of NFTs, prohibiting its use in securities, insurance, loans and precious metals, further restricting the digital assets' financial scope.

Domestic brokerage Guosheng Securities pointed out in the same month that China was likely to introduce a centralised secondary trading platform for NFTs.

It is not the first time that WeChat, the multipurpose app with 1.3 billion monthly active users, has banned public accounts in the digital collectible space under regulatory pressure.

Read Also
What is an NFT? A beginner's guide to creating and buying NFTs in Singapore 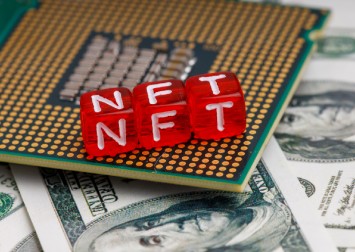 In March, WeChat banned a slew of public accounts including Art Meta, OneMeta and iBox, saying that they had not obtained licences to publish or undertake relevant activities, while a few were banned on suspicion of fraud.

WeChat said that accounts that display digital collectibles and primary transactions would need contracts with blockchain companies certified by the Cyberspace Administration of China (CAC), and would not support secondary trading.

The rules for WeChat mini programs were similar to those for the public accounts.

Since last year, consumer brands and state media in China have all jumped on the NFT bandwagon with digital collectibles built on consortium blockchains. 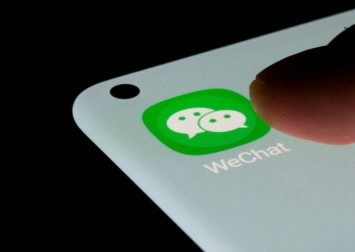 The digital collectible trading platforms of Tencent, Alibaba and iQiyi have all been connected with the national-level copyright protection consortium blockchain, according to media reports.

"The new rule's emphasis is on the narrative that the secondary market for trading digital collectibles might incur speculation and [lead to] instability of the financial market," said Wang Yinying, a Shanghai-based lawyer focused on blockchain and Web3, referring to the joint statement issued by the National Internet Finance Association of China, China Banking Association and the Securities Association of China in April to curb risks associated with digital assets.

The new WeChat rule should not affect digital collectible holders or buyers, she said, adding that as Tencent was one of the biggest social media companies in China and a member of the Chinese National Internet Finance Association, it was making its position clear and that other major social platforms could soon follow suit.