Fans who remember Wong Li-lin as an extremely outspoken yet very private media personality should take a look at her new Instagram account.

Aside from showing off the must-have food shots and event photos of friends in entertainment circles, the 41-year-old has been blanketing her social network account with pictures of her two children, Sage, nine, and Jonas, eight.

These are not posed shots that some celebs have been known to create. They include vacation shots and private notes from her children.

The only "missing person" in the 300-plus photos is ex-husband Allan Wu, whom she divorced last June, after nine years of marriage. With no reason to stay on in Shanghai, where he had been based since 2011, she came home with her children.

"I went to China for him. There's nothing for me in China. It was a great experience for everyone but there was no reason for me to remain there," she said.

He has since returned, too.

"I'm sure he misses the kids. He sees them as often as he wants. We're divorced because things didn't work out but that doesn't mean that there's bitterness," she said.

"We're still family and we'll always be family. It's just that between us, it didn't work. But besides that, nothing has changed."

Her new openness about her family stops short of talking about why their marriage broke down. Their relationship is still amicable, she said, and she mentioned him several times, especially when she spoke about the family and her earlier aversion to technology.

Aside from an Apple MacBook Pro which she bought two years ago, she said, she had always used his hand-me-downs whenever he upgraded to a new one.

"In the past, I would just use whatever phone that Allan passed me," she said with a laugh.

"For the longest time, I was using one of the brands - I won't mention the name - and someone said, 'You mean they still make phones?'."

In China, she did not use a data plan. She got one recently, together with an Apple iPad and two Apple iPhones, to manage her social networks, upcoming website and Facebook fan page.

Hers is a steep learning curve. It includes learning about hashtags such as OOTD (Outfit Of The Day) and how to re-gram (repost on Instagram). She has a lot more to learn, she admitted, sheepishly confessing that she stopped using her WeChat messaging account she created while in China, because she did not realise she could save the account information to a new phone.

With her private life settled, the focus is now on her career, which involves fitness training, and a possible return to acting. She joined Bliss Inc, an artist management company, last year after leaving Fly Entertainment.

Having taught dance and pilates for the last three decades, she developed a fitness band, Loopz Fitness, in 2009. She is now developing this as one aspect of her fitness and wellness programme, which involves physiotherapy, weight loss and proper dieting.

These days, she conducts classes for trainers and works with companies keen on introducing fitness programmes to staff.

HER INSTAGRAM ACCOUNT: "I started @lilinwong nine months ago and have over 7,000 followers. In due time, please look out for me across all the platforms. It's about using a platform to share my life, and what you can see through me." 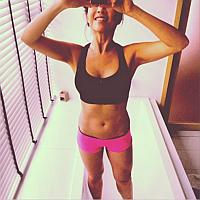 "I wanted to share that it is not all about a six-pack or an idealised body image. My ethos is about doing what matters every day. It includes being kind, polite, digging into the resources that reside within me, and taking ownership of my life. I've learnt that it is authenticity that resonates on social media. And this is authentic for me." 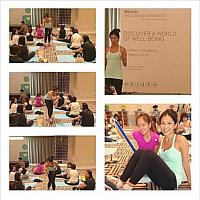 "This was the Westin Wellbeing Movement Day. The message of wellness being embraced by a chain such as The Westin and the recognition of what we can offer were gratifying. Sharing this shows a slice of my work, my passions and also continues to disseminate the message of living well." 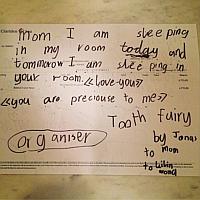 "I love all the notes from my little people. I cherish them. They warm me to my very core. Children inspire me with their honesty and openness and I'm sure Instagrammers will appreciate this. Sharing their notes provides a glimpse of the love that surrounds me in my life." 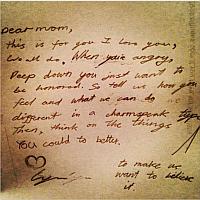 "Being a single parent can tire you out. One day, I lost my cool a little bit and when I came home, I had this message from my daughter. In it is love, encouragement, wisdom, teaching, hearing, respect and honouring all in the form of a note from a nine-year-old. Staggering. And so humbling."