WhatsApp is testing a Fingerprint Lock feature for Android Beta users, which would grant access to WhatsApp only to the same fingerprint used to unlock the phone.

The WhatsApp Beta blog reports that as the name suggests, the feature stops snoops from freely accessing WhatsApp on a user's unlocked phone.

However, even if Fingerprint Lock is enabled, users can still reply to messages from notifications and pickup WhatsApp calls without unlocking. Authentication is only required to open the app.

The feature, previously called Authentication or Screen Lock, had earlier been tested with iOS beta users but is not available for general Android users yet. 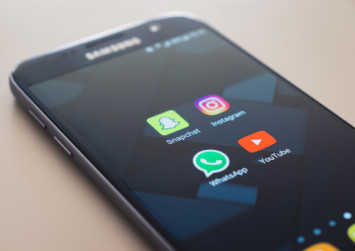 A recent update added the option to choose how often the user has to authenticate their identity with a fingerprint - immediately, one minute and 30 minutes. iOS users also have a 15-minute option.

If users select immediately, they will have to authenticate every time they open WhatsApp.

As with a phone screen lock, setting a time means once the app is unlocked, it will open automatically and only require authentication after the specified time period has lapsed.

Another update is an option called Show Content In Notifications, which lets users decide whether to show or hide messages and sender previews when Fingerprint Lock is on.

WhatsApp Beta believes that the Fingerprint Lock feature is fairly private and will not send user fingerprint data to WhatsApp, or its parent company Facebook, as the feature runs on official Android APIs to manage the authentication.

Beta testers are recommended to update their app to WhatsApp version 2.19.221 for Android Beta. It is available to all Android Beta users using Android Marshmallow (6.0) or newer with a phone that has a fingerprint sensor.

To enable the feature, open WhatsApp Settings and go into Account, then Privacy, which will have a new option, Fingerprint Lock.