In wholesome exchange, Porsche driver accepts $1 as compensation from cabbie for damage 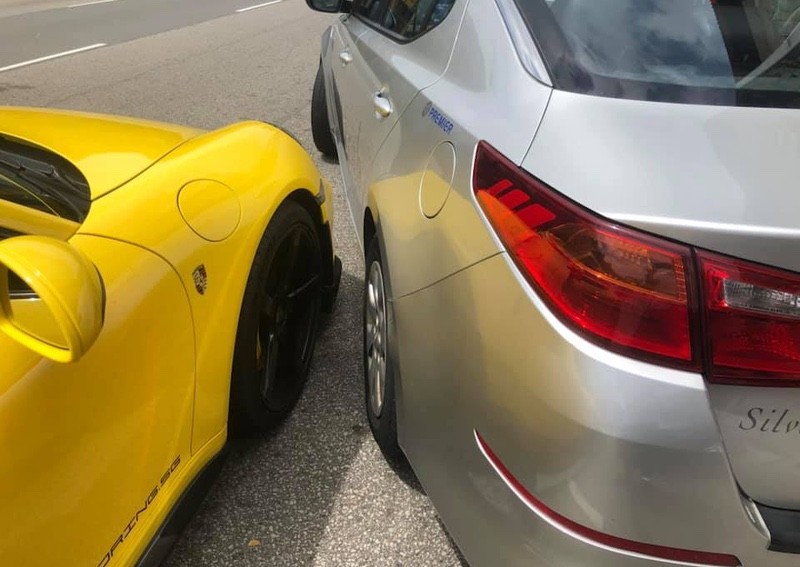 A conflict between a cabbie and Porsche sports car driver? Surely it’ll unfold in a rather ugly manner — a symbolic manifestation of the battle between social classes.

This would not be one of those occasions. An incident that saw the front bumper of a sports car damaged by a Premier Taxi driver ended up in a pretty wholesome exchange, with both parties resolving the matter amicably.

Going by the name Fed Wu on Facebook, the Porsche owner shared how he decided not to impose a heavy charge on the cabbie, who apparently admitted that it was his fault without putting up an argument.

Presumably surprised by the candour, Fed decided against taking the cabbie’s $200 compensation for repairs. This, despite pictures depicting that the Porsche car sustained more than a few scratches.

In a text exchange with the taxi driver, Fed told the other party that he managed to get the damage repaired at a cheaper price. Acknowledging how hard it was to be a public transport worker during the coronavirus outbreak, he was willing to refund the cabbie some cash: $199.

“I accepted $1 and moved on,” wrote the sports car driver. Judging from the over 4,000 shares on his post, it seems that the internet really appreciated the forgiving gesture.