Would you pay for this? 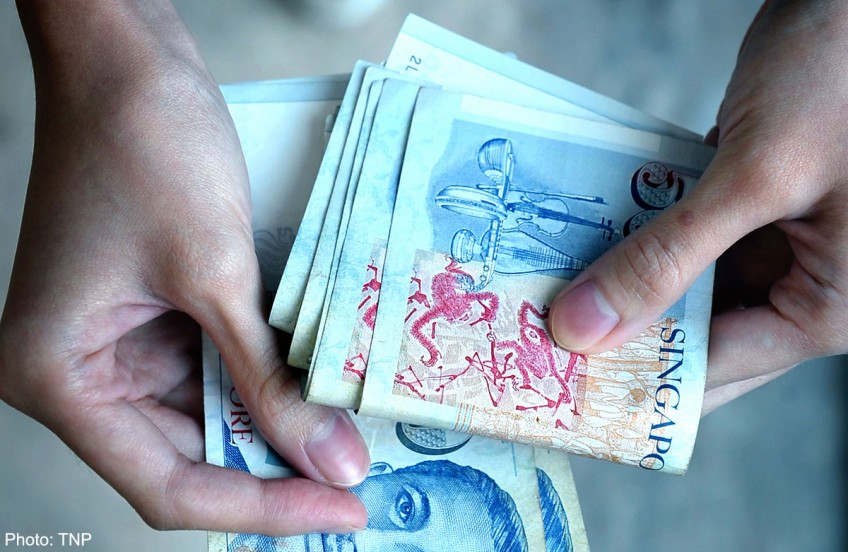 Over the past few months, crowdfunding has hit headlines.

Possibly most famous in Singapore is blogger Roy Ngerng, who raised funds for legal fees after being sued for defamation by Prime Minister Lee Hsien Loong.

The Singaporean dancer has been accepted to the prestigious Taipei National University of the Arts - which counts Oscar-winning director Ang Lee among its alumni.

Her story was first reported last month on tnp.sg. Miss Cumming's campaign page says that her father was retrenched.

But some campaigns are not so practical.

In the US, Zack Brown put up a campaign seeking US$10 to make potato salad. His total now stands at $50,000, and there is still 15 days left of the campaign to go. The total had hit $70,000, but some donations were later rejected by Kickstarter as being bogus.

Brown's project has been cheered and vilified. The vitriol is aimed at those willing to fund such a joke project when more serious campaigns go past their funding period without backers.

But the US is not alone in having people post odd campaigns. Singapore has its own less practical campaigns too...

Bow ties for peace (on the roads)

In a move it hopes will reduce the incidents of road rage in Singapore, The Gentleman Movement launched its campaign on July 3.

They are looking to raise US$15,900, some of which will go towards 650 oversized bow ties.

The idea is that drivers will put the bow tie on the front of their car, and this will indicate that they are willing to give way.

The video on the campaign page stresses that this is not a government initiative. With 44 days left, The Gentleman Movement has garnered US$428.

Buy me a computer

Mr Eugene Wong had asked for a Christmas present on his Indiegogo page, saying that his computer malfunctioned and he needed a replacement. His campaign for US$2,000, which started in December last year and ended in January, received no funds.

Samuel Ang asked people to fund a Counter Strike Global Offensive knife for his gaming purposes, campaigning for US$500 on Indiegogo. He did stress that it's not a real knife, but, apparently, it is hard to get. But given that the knife costs only US$300, it was not mentioned what the remaining US$200 would be used for. His campaign, which lasted from Feb 16 to 28, received no funds.

Some stories are more heart-warming, and have proved to tap into Singaporeans' willingness to give.

Sisters Deborah and Sarah Emmanuel raised US$30,375 in one week to pay for their dying mother's funeral. This far exceeded their targeted US$9,000.

Another campaign to help Ms Jocelyn Suarez, 23, a nurse and poet diagnosed with the serious skin disorder Stevens-Johnson Syndrome, raised US$48,266. The goal was $30,000.

Speaking to The New Paper on Sunday via e-mail, an Indiegogo spokesman said there is no particular type of campaign that is more likely to gain support but that the way a campaign is executed is most crucial.

The more effort put into a campaign, the more support it is likely to receive.

Be open about what you plan to do. Offer updates, comments, videos and pictures to provide contributors with as much information as possible.

Have a good pitch

Make your campaign personal. People want to fund people, not just ideas. It is important for you to tell people why your project is important, and about the impact it will make on the world.

A video is a great way to do this. Campaigns with videos raise more money than those without.

Campaigns that send out at least three updates raise more money than those that do not or infrequently update.

Find an audience that cares

The key is to find the right people who are willing to help fund you to bring it to life.

Take time to determine who these people are and what interests them. This will help you choose the perks to offer and how to promote your campaign.