Chinese tech giant Xiaomi Corp will ratchet up its challenge to Apple by focusing on the high-end segment of the global smartphone market, according to company founder and chief executive Lei Jun , as the mainland’s major handset makers rush to fill the void left by struggling Huawei Technologies Co.

“[We aim to] fully benchmark against Apple in [terms of] product and experience, and become China’s biggest high-end brand in the next three years,” Lei said in a post on microblogging platform Weibo on Tuesday, as he reiterated the company’s strategic goal to develop into the world’s largest smartphone vendor in the same period.

Lei’s post, published the same day the Beijing-based company’s management had their first strategic meeting after the Lunar New Year break, described competition in the high-end smartphone arena as “a war of life and death”, which Xiaomi must overcome to continue growing. He also repeated the firm’s pledge to invest 100 billion yuan (US$15.71 billion) in research and development over the next five years to help achieve its ambitions.

The stakes are high for Xiaomi after Apple unseated Samsung Electronics to become the world’s top smartphone vendor in the fourth quarter last year, seizing a 22 per cent global market share on the back of strong demand for its iPhone 13 line, according to a report published last month by Canalys. The independent analyst firm said Chinese Android smartphone vendors Xiaomi, Oppo and Vivo rounded out the global top five ranking last quarter.

In the second quarter last year, Xiaomi managed to become the world’s second-largest smartphone vendor for the first time, ranking ahead of Apple and just behind Samsung, according to data from Canalys. It said Xiaomi’s 17 per cent global market share that quarter was driven by increased smartphone shipments in South America, Africa and western Europe.

Xiaomi’s quest to lead the global smartphone market hit a speed bump in the third quarter last year, as sales slowed because of the global semiconductor shortage and weak demand in China’s highly competitive handset market.

“For Xiaomi, the supply-side problems are relatively bigger than weaker demand [in China],” company president Wang Xiang said in a conference call with analysts in November. He indicated that the unstable supply of components makes it a challenge to plan production.

Apart from supply chain disruptions, Xiaomi faces a big challenge to attract more consumers by separating itself from the other major Chinese Android smartphone vendors, which are also targeting the same high-end handset segment, according to Will Wong, research manager with IDC’s Asia-Pacific client devices group in Singapore. 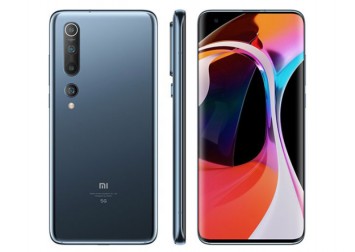 “Focusing on the consumer experience is the right way for Xiaomi to achieve that goal,” Wong said. “Nevertheless, it will be interesting to see whether Xiaomi could achieve [its ambitions] not only with its products, but also through its [online and offline] channels.”

In November, Xiaomi announced an ambitious retail infrastructure programme that will see it roll out 20,000 new retail stores over the next three years across China’s countryside, the area which accounts for 70 per cent of the domestic smartphone market. It currently operates a network of more than 10,000 bricks-and-mortar stores across the country.

But if the past quarter is any indicator, Xiaomi, Oppo and Vivo already have their work cut out for them in mainland China – the world’s largest smartphone market – where Apple recently achieved its highest ever domestic share at 23 per cent, according to data published by research firm Counterpoint in January.

Apple surpassed Vivo in the fourth quarter to become China’s No 1 smartphone vendor after six years, according to Counterpoint. The last time Apple topped the market was during the peak of the iPhone 6 super cycle in 2015, months after its initial local release in October 2014.

“Apple rose to first place in China right after the iPhone 13 was released in September,” Counterpoint analyst Zhang Mengmeng said in a report.

Competition between Xiaomi and the other major Chinese handset vendors has become more intense after Huawei, the world’s largest telecommunications equipment maker and formerly China’s biggest smartphone vendor , saw its operations struggle because of US trade sanctions.