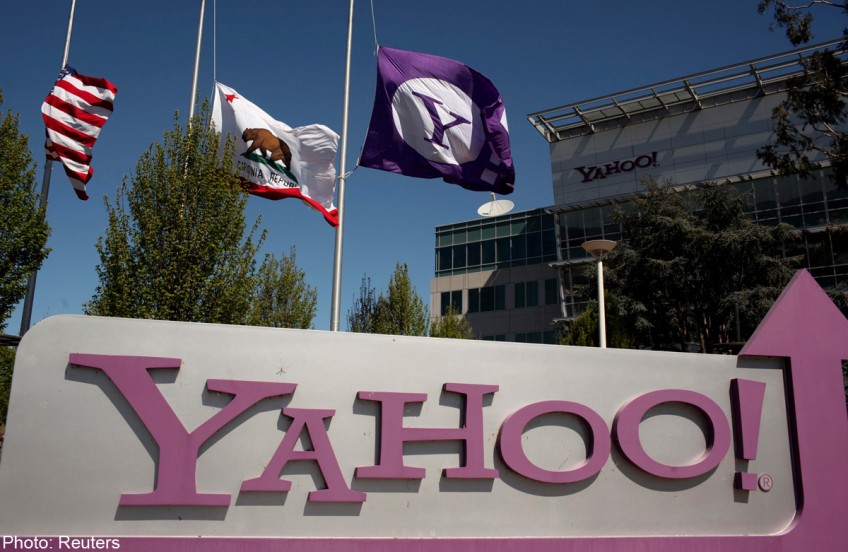 A proposed merger of Internet pioneers AOL Inc and Yahoo Inc could create a nimbler player in Web video, but strong growth, the measure of success in Silicon Valley, would remain elusive.

Investors are revisiting one of the most speculated Internet combinations, after activist investor Starboard on Friday pressured Yahoo to merge with AOL.

A pairing could help the companies compete in their core advertising business. But even combined, they would remain but a shadow of the Internet powerhouses they once were, analysts and advertising experts said.

Cost cutting after a merger would generate plenty of savings, some US$1 billion (S$1.28 billion), according to Starboard's analysis. Accelerating business growth would be harder.

"Neither company is a leader in ad dollars, and other than cost savings, there is little to gain by combining them," said Erik Gordon, a professor at the Ross School of Business at the University of Michigan.

A merger would suck up a lot of management time as the companies integrate staff and systems. In the meantime, the combined company could fall even further behind the competition, said Gordon.

In mobile, a high-growth area in which Yahoo and AOL have both been playing catch-up, joining forces would create little apparent benefit, analysts said.

Yahoo and AOL have a meek and decreasing share of the digital ad market, according to data from research firm eMarketer. Google Inc is expected to command more than a third of the world's US$140 billion digital advertising spending this year, with No. 2 Facebook Inc grabbing about 8 per cent. AOL's share is less than 1 per cent and Yahoo's is 2.5 per cent, both down from 2013.

Still, analysts and advertising experts think a tie-up would help when it comes to video programming and newer, automated ways of buying advertising.

Last year AOL made its biggest acquisition under CEO Tim Armstrong when it bought an electronic video advertising platform Adap.tv for US$405 million. That technology could fit well with Yahoo's recent efforts to deliver more online video programming, such as videos about technology and fashion, along with old episodes of the Saturday Night Live television programme.

Both companies could benefit from combined content and audience, said Amy Dickerson, vice president, director of digital at Spark, a media agency owned by Publicis.

Pairing up would make Yahoo and AOL a strong No. 3 player in the display advertising market, behind Google and Facebook, said Pivotal Research Group analyst Brian Wieser.

"The reason why Facebook's size and Google's size matters and helps them so much is that they are a one-stop shop for so many advertisers," said Wieser.

AOL's heavy investment in programmatic advertising that allows marketers to automate the buying and selling of ads is another asset that would help Yahoo.

AOL has been reaping the benefits. Last quarter, advertising revenue, almost 75 per cent of AOL overall revenue, jumped 20 per cent in large part to its programmatic efforts and Adap.tv acquisition.

Additionally, AOL ad pricing, meaning what it gets for each ad, is growing while Yahoo's is shrinking, noted JMP Securities analyst Ronald Josey.

"AOL is specifically doing better in their core business and Yahoo has room for improvement for sure," he said.

Combining two online services is not a sure bet. Yahoo and Microsoft Corp voiced similar logic when they struck a Web search deal in 2009.

With Microsoft technology powering searches and search advertising for both companies, the partners hoped to mount a more competitive challenge to Google, the world's No. 1 search engine.

But the boost in search advertising prices has failed to materialize so far, and Yahoo has tried to slow the roll out of Microsoft technology on its websites in certain countries.