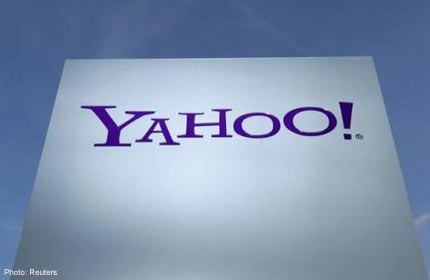 SAN FRANCISCO - Yahoo continued its quest for renewed relevance with the purchase of a startup specialising in analysing and making money from mobile applications.

Yahoo did not disclose how much it paid for San Francisco-based Flurry, but online reports valued the deal in the hundreds of millions of dollars for the startup founded in 2005.

"Yahoo is committed to being a part of consumers' daily life on mobile," Flurry chief executive Simon Khalaf said in an online post.

"More importantly, Yahoo knows that it can't do this alone." The take-over will provide Flurry resources to ramp up platforms for developers to build applications, target users, and explore ways to make money, Yahoo said in a release.

Yahoo maintained that 170,000 developers use Flurry analytics tools and that Flurry sees app activity from 1.4 billion devices each month.

Application creators are seen as crucial allies by technology firms eager to have fun, hip, or functional mini-programs that attract users to their products.

The Sunnyvale, California-based Internet pioneer saw more than 450 monthly active users reaching out to it using mobile devices in the second quarter of this year.

"We want to harness our collective innovative spirit and bolster the mobile ecosystem by providing developers the analytics and monetisation solutions to drive their success,"Yahoo senior vice president of advertising technology Scott Burke said in a release.

Yahoo has been on a buying spree since former Google executive Marissa Mayer took the helm two years ago.

Money from a shrewd investment Yahoo co-founder Jerry Yang made early on in Chinese Internet powerhouse Alibaba has pumped significant cash in the California company's coffers.

Earlier this month, Yahoo announced it bought an Israel-based startup specialising in streaming high-quality video to computers and mobile devices.

Financial terms of the deal to acquire RayV were also not disclosed. RayV was to become part of Yahoo's research and development team in Tel Aviv.

Along with tuning into mobile devices, Yahoo is ramping up its offerings for streaming video live or on demand.

Yahoo has been shedding its online search engine past in favour of a future as a venue for premier digital content and services, particularly aimed at smartphones and tablet computers.

The company has enlisted news, music and television stars for online magazines focused on technology, film and food.