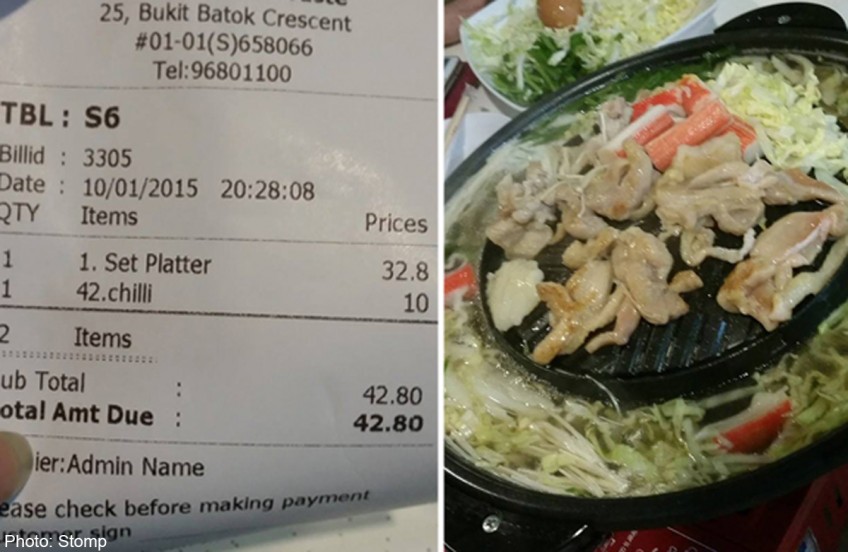 Stomp contributor Hui Hui was appalled at how her friend was charged $10 just for chilli at a mookata restaurant in Bukit Batok Crescent.

Hui Hui learnt about the incident after her friend, Christine Lim, recounted the experience on Facebook.

In her posting, Christine also mentioned that while the food was not bad, the portions served were small and service was unsatisfactory.

Comments poured in on her posting, many of which were sentiments agreeing that it was indeed an expensive meal.

Hui Hui said, "This is the most insane thing I have ever heard."