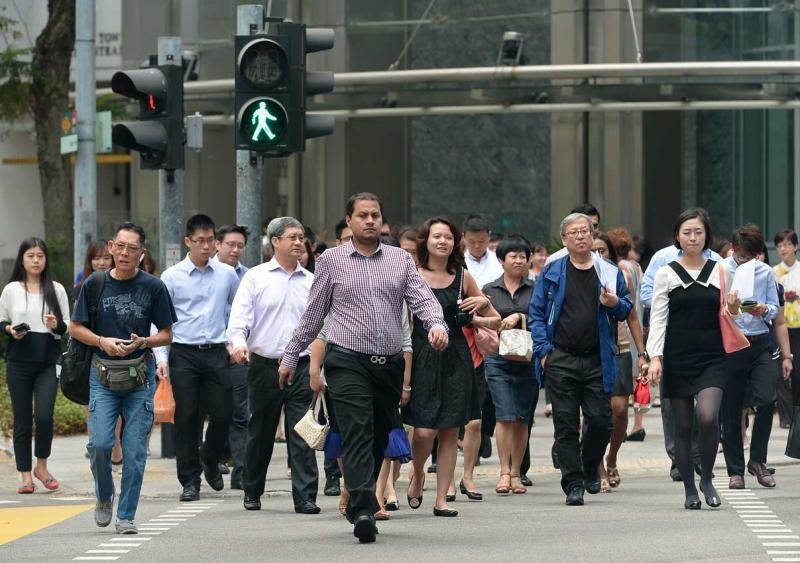 In the office, it seems that there is no end to the number of people or things that irk you.

We have all had times when we felt that a manager's plan was flawed, or that the latest corporate policy was downright ridiculous.

While we have every right to air our views and voice our disagreement, experts tell BT that it may not be a wise move to openly confront and oppose every issue we have a problem with.

Doing so can backfire, leaving you with a poor standing among your bosses or colleagues for being that quarrelsome "smart aleck".

The key is to discern exactly what matters are important enough to your team and company to fight for, and what trivial issues can best be left alone.

Sometimes, the irritation and anger that employees feel regarding such issues seem almost inexplicable, but identifying these "trigger points" can help them better understand where all these emotions are coming from.

Femke Hellemons, country manager in Adecco Singapore, says they could be tied to a previous experience, which could lead to "personal biasness".

"Disagreement for the sake of personal issues or just to disagree with a colleague can create unnecessary conflict… This could be due to personal emotional immaturity and how one manages emotions."

Rachel Ong, founder and chief executive of Rohei Corporation, says that insecurity and the need to be right all the time are also possible reasons for people being disagreeable at work.

She suggests that before disagreeing with a colleague, search your heart to see if you are responding out of anger or the need to put the person down.

"It should begin from a place of wanting the best for the other person."

Opposing someone else's ideas due to your own prejudice or personal ego doesn't benefit either party and can cause unnecessary tension in the workplace.

Picking your battles has a pragmatic side to it. We don't have an infinite amount of energy to expend squabbling over insignificant things at work.

If you are the kind of person who feels strongly about issues at work and often want to make a stand, take a step and evaluate how important these problems are to the organisation.

There is a price to pay for being the voice of opposition, so make sure these issues are worth it. And before you act, stop and check what kind of authority you have.

If the issue at stake is outside of your influence or expertise and you are still a newbie who has yet to prove yourself, it may be wise to hold your tongue unless you have done enough research to substantiate what you want to say.

Ms Ong says: "There is wisdom in knowing when to speak up, and to whom the matter should be raised."

Sometimes, to change something, there needs to be a certain level of trust and rapport with key influencers. Without this relationship, it may be hard to get anything done and you may find yourself offending people in power without realising it.

In addition, if it is over things like budgets and funding that you have no control over, it is pointless to set yourself up against senior management.

Ms Hellemons says: "Is a confrontation likely to affect change? If not, do not start a conflict."

Like the cautionary tale of the boy who cried wolf, people who oppose every little issue risk people not taking them seriously when there is something important on the line.

And perhaps most importantly, such disagreeable employees are likely to damage relationships with co-workers and bosses, which will inevitably affect career advancement in the long run.

The difference between a naysayer and a committed worker seeking the best for the organisation is the willingness to take ownership of the solution.

We all have that one colleague who enjoys criticising or tearing down the ideas of others, but does not lift a finger to come up with something better.

Ms Ong says: "When a person has an issue with someone, they should confront the person ... with the purpose of resolving the issue, help one another get better and take the organisation to another level."

This doesn't mean that differences in opinion or disagreements should be avoided altogether. On the contrary, if there is no diversity in thought, the organisation may stop growing.

It just means that workers who strongly oppose something should be invested in finding a way to solve the problem together, instead of poking holes at co-workers' ideas without providing an alternative proposal or constructive feedback on how they can be improved upon.

If you are not willing to lend a hand to come up with an answer, then you don't have the right to complain.

Nobody has the stamina and time to fight every single battle in the office, so pick your fights strategically. Like the saying goes: Before you start a war, you better know what you are fighting for.

This article was first published on July 23, 2016.
Get The Business Times for more stories.