Don't get so fresh with customers, BreadTalk 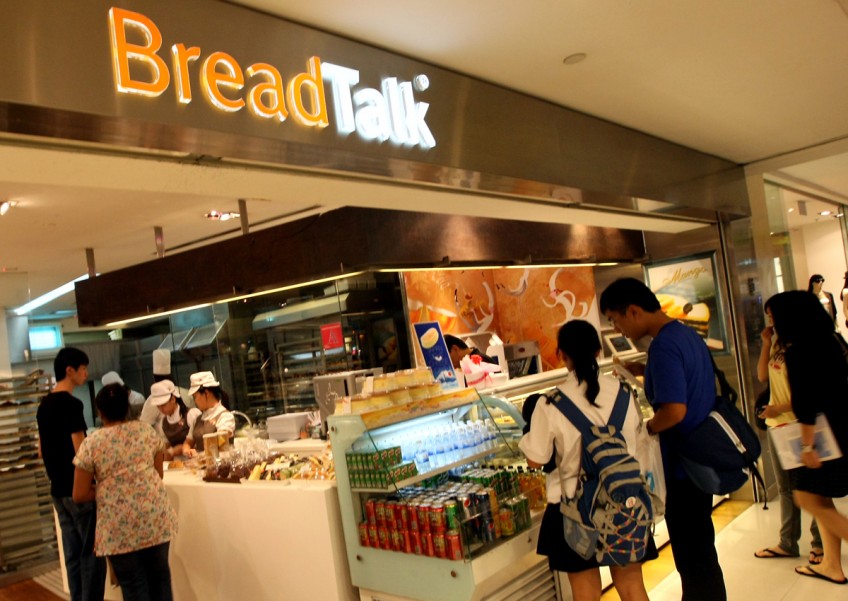 Singaporeans were horrified by an online photograph that went viral earlier this month, showing a BreadTalk employee filling plastic bottles with Yeo's brand soya milk - and then selling them as "freshly prepared" soya milk for $1.80 a pop.

The drink, sold in sealed 350ml bottles, gave the impression that the drink was homemade, said irate consumers who felt cheated.

Many wondered if BreadTalk, a home-grown bakery chain, had flouted food safety and labelling laws.

Others accused the chain of profiteering: The soya drink came out of one-litre Yeo's cartons they could get at FairPrice for $1.50.

Amid the consumer backlash, the 46-outlet bakery chain pulled the bottled drink off its shelves on the evening of Aug 3, the same day the photograph went viral.

By the next day, it had admitted to The Straits Times that the soya drink was indeed Yeo's and had issued an apology to customers on its Facebook page .

By Aug 5, it came out to defend the quality of its main products - bread and cakes - after consumers started questioning their freshness as well.

The Consumers Association of Singapore (Case) issued BreadTalk a stern warning and is now investigating the chain.

Did BreadTalk do something wrong? And how widespread is such repackaging in the food and beverage industry?

We spoke with experts to find out.

What exactly did BreadTalk do wrong?

It didn't do anything explicitly unlawful, it seems.

Food regulations here only require pre-packaged food sold to be labelled. This refers to food that is packed in a wrapper or container at a place other than at point of sale.

When such food is repackaged at the point of sale, as in the case of the Yeo's soya milk, they need not be labelled.

It is also not unlawful for the eatery repackaging a food item to rebrand the product as their own.

This might seem shocking to consumers, but is actually common in the food industry.

Seah's Spices, known for its pre-mixed spices for the preparation of bak kut teh (pork rib soup), says it supplies its concoction to an estimated six in 10 major eateries here selling the dish, said its 59-year-old owner Seah Seow Khiang.

Some of his customers, he claims, are famous bak kut teh chains and five-star hotels.

All they need to do is to add 1.5 litres of water per sachet, garlic and pork ribs, he said.

His customers sell the dish as their own, and Seah's Spices agrees to keep mum that they are in fact using Seah's package spices.

It is the same with JR Vending, which prepares frozen meals like hor fun (rice noodles in gravy) and fried rice for vending machines around the island. Their meal boxes from vending machines are priced at up to $5 each, and they also supply them to eateries.

Amongst its customers are high-end hotels that reheat the meals for late-night room service.

JR Vending's chief executive Jocelyn Chng said that their meals are replated, re-heated, garnished, then sold for about four times the price. She declined to name any of her customers.

But as Singapore Polytechnic senior retail lecturer Sarah Lim said, there is nothing wrong with charging a premium for outsourced products as eateries are faced with other costs, including those for rent and labour.

"It depends on demand. If people are willing to buy it at that higher price, that's what eateries will charge them," she said.

BreadTalk's blatant rebottling does not flout food safety laws either. The National Environment Agency typically takes action only if there has been a lapse in hygiene.

No reports have surfaced of anyone falling sick after drinking repackaged BreadTalk soy milk.

The rebottling also took place in a licensed food outlet and was done by Breadtalk staff - licensed food handlers - so no issue there.

Did BreadTalk make a false claim that the drink was "freshly prepared"?

"By indicating the words 'freshly prepared' on the bottles, consumers may reasonably be deceived or misled to believe that the soya bean milk was freshly brewed in-house and therefore commands a higher value than Yeo's pre-packed soya bean milk," he told The Straits Times.

This flouted the Consumer Protection (Fair Trading) Act, but Case's hands are tied: It is powerless to do anything now that BreadTalk has stopped the unfair practice.

This is due to the way the consumer watchdog operates. To stop a business from engaging in an unfair practice, it typically issues a Voluntary Compliance Agreement (VCA) on the firm. This would require it to commit to stop the act.

If it persists, Case will then take up an injunction against them.

The company would then be slapped with a court judgment to order them to stop the unfair practice. Ignoring the order would mean acting in contempt of court.

Under the Sale of Food Act, food labelled in a manner that is false or "likely to create an erroneous impression regarding its value, merit or safety" is also not allowed.

Could BreadTalk be taken to task under this Act by the Agri-Food and Veterinary Authority (AVA)?

But then, if the Government chooses to penalise BreadTalk, where does it draw the line?

For example, there are no clear guidelines on how and when to label a food product as "fresh". Many food products in stores are labelled "fresh" but may not be.

It would be hard to justify why BreadTalk should be penalised and not other outlets.

How fresh is fresh?

Look around the local supermarket and the word "fresh" can be seen on items that no layman would typically consider as fresh - that is, newly harvested or just-produced.

Take UHT (Ultra High Treatment) milk. This can be "fresh" as long as the letters UHT are also present somewhere on the carton.

This is despite the fact that the shelf-life for such milk can be as long as 10 months from its manufacturing date.

Sliced canned peaches in syrup are labelled as "fresh cut". Instant udon in plastic packets is also marketed as "fresh" at supermarkets here.

That nasi lemak seller round the corner may also be selling his wares as "fresh" even though he may have bought it from a supplier.

And that "homemade barley" at the local coffee shop is most likely not.

A check with the AVA found that there are no standards for the use of the term "fresh" in food regulations here. There is simply no official definition or guideline.

The Food Standards Agency in the United Kingdom, for instance, has a set of best practices for retailers. UHT milk there should not carry the term "fresh".

The US Food and Drug Administration also stipulates that the term "fresh" means that the food is in a raw state and has not been frozen or subjected to any form of thermal processing or preservation.

In Singapore, by contrast, there is no official definition for the word "fresh". But the AVA said that it is generally intended to suggest that the food product is not processed or preserved, or was recently prepared. It might also refer to products that look and smell fresh.

What is marketed in stores as "baby carrots" are not young, fresh carrots. They are actually made from deformed and crooked big carrots. These ugly carrots are then cut to remove unwieldy parts, then put through a machine to smoothen them out.

And that blueberry pancake mix? Chances are, it does not contain even a trace of blueberry, but rather palm oil, cellulose gum and blue dye.

In general, it is true that neither Case nor the Government can be expected to constantly ferret out unethical behaviour.

Guidelines should be provided on how the word "fresh" should be used on food products here.

There should be regulations for the use of the word on food packaging. The Government can then apply the law with a light touch.

Ultimately, the onus should be on food operators to conduct an honest business. The law may allow the purchase of soya milk from one vendor and its repackaging, rebranding and sale at a higher price by another. And currently, the word "fresh" may be free for all.

The issue is not whether such actions are legal, but whether they are ethical. Consumers want to give their custom to companies that value them, not exploit them.

An ethical business does not look at ways to mislead customers to raise profits. It asks: Will my decision be considered fair by my customers and others affected?

If BreadTalk had asked itself that question before trying to get fresh with customers over soya milk, its answer, one hopes, would have been "No".

This article was first published on August 20, 2015.
Get a copy of The Straits Times or go to straitstimes.com for more stories.