Don't think about the title yet, Man United 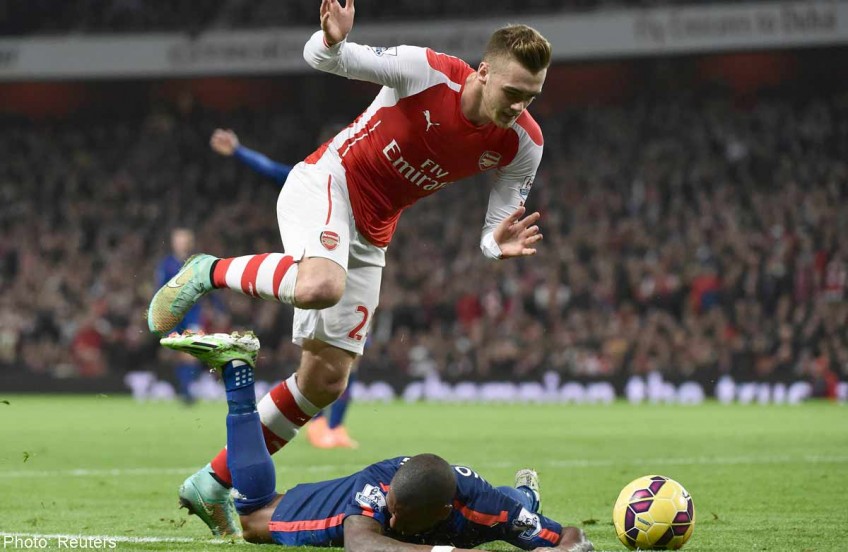 Everyone seems to be getting carried away with Manchester United.

A tally of seven wins from eight matches is a mark of improvement, no doubt there.

But already, fans and critics are hailing Louis van Gaal a genius for rejuvenating players like Ashley Young and Marouane Fellaini.

Young has done okay at left wing back, but let's face it - his decent performances have come against average sides in the Premiership.

For that matter, the teams in the league, aside from Chelsea and Manchester City, are not as strong as they used to be.

If United are playing Young at left back and winning games, then you have to say the Premiership isn't a very strong league.

When the Red Devils play the big boys like Chelsea, and Young goes up against Eden Hazard or Willian down the wing, he will be found out.

The same applies to Phil Jones, who against Newcastle on Friday was once again careless and naive in his defending, which led to the goal conceded.

So, yes, United are winning games - but, performance-wise, it's another story.

They are not at all close to the United of old. Attack-wise, sure, but the team's defence is reminiscent of the side that got relegated in 1974.

Great sides are built from the back (spoken like a true former defender, I know), and Chelsea are a big testament to that.

United simply can't keep clean sheets and the back four are two quality players short of being complete.

There is no one in the centre of defence you can trust or is commanding enough for how van Gaal wants to play. They all seem to panic when they haven't got someone to mark.

Marcos Rojo could perhaps play there, but he would still need a leader next to him.

Fans might be paying credit to van Gaal a tad too soon.

The one thing he has done successfully is bring in the big names. David Moyes, with all the money at his disposal, couldn't do that.

The Dutchman has not simply rejuvenated Wayne Rooney or Juan Mata - he simply has brought in better players for them to work with; players like Radamel Falcao and Angel di Maria.

That, at least, has returned the fear factor to United. Opposing teams are once again nervous to play and attack them now because they know United can score goals.

Hopefully, the club get back into the Champions League and that will allow van Gaal to bring a few top players to galvanise the defence.

Looking ahead to their visit to White Hart Lane tonight, I'm forecasting goals at both ends.

Tottenham have regressed from last season and they haven't beaten anyone comfortably in a long time; always just sneaking by.

Like United, Spurs are struggling at the back, but they also have quality up front. Harry Kane's been one of the players of the season and he is going to fancy himself to score against United in his first match against them.

Can United stop him? Or can Tottenham, who have not had a regular back four all season, stop Rooney and Falcao?

The answer to both questions is "No", and this game smells of goals.

The two goalkeepers will be kept busy, and I reckon United will outscore their opponents.

This article was first published on December 28, 2014.
Get The New Paper for more stories.