Don't wait for instructions from the top 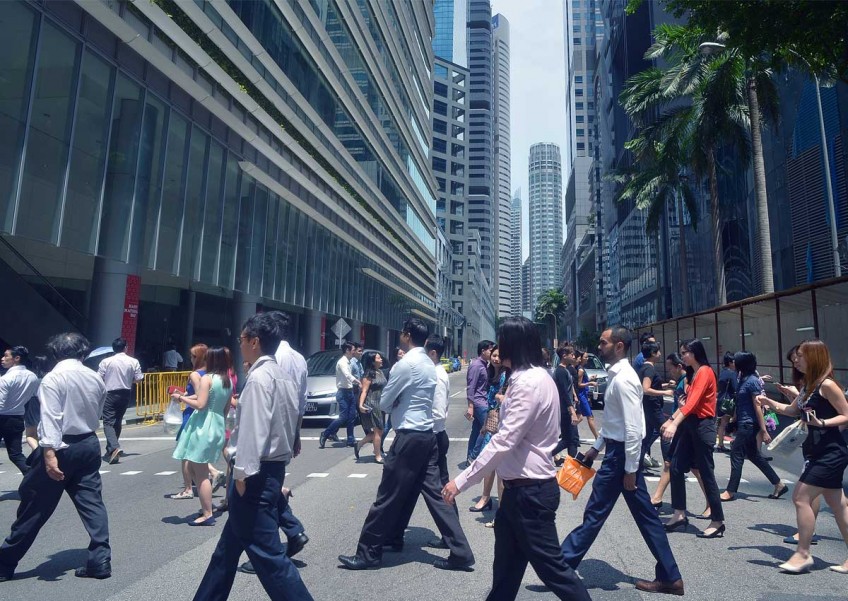 In a complex world, self-organising groups can adapt to change and adjust along the way
The Straits Times

For a look into how complex the world has become, look no farther than the recent two-week sitting in Parliament.

There were many examples in the discussions on education, healthcare, transport and other issues.

But it was the debate on jobs that illustrated best the rapidly changing world.

The labour market has become much more complicated than it used to be because of the changes taking place in the business world.

Uber, GrabTaxi, Alibaba, Airbnb and Foodpanda have altered the way consumers use services and buy stuff. They are also changing the way people are employed.

Call it the gig or platform economy, it's a world without full-time workers, employing freelancers who may or may not be doing other work and who do not enjoy the perks that go with traditional employment like paid leave and health benefits

What happens when there are more of them and they become a large part of the workforce? How should society be reorganised to take into account the different way they work and their needs, for example, in healthcare and retirement?

Manpower Minister Lim Swee Say spoke about some of these issues and announced that a tripartite group had been formed to study the problem.

There are 200,000 of these workers today, still a small minority, compared to other countries where their proportion has grown much faster.

A US government 2015 report put it at 40 per cent of the American workforce.

But freelancing wasn't the only job issue discussed in Parliament.

There was also the problem of Singapore companies not doing enough to hire locals, preferring foreigners; of unemployed professional and managerial staff facing difficulties getting work because their skills are no longer in demand; and of outsourced workers facing job insecurity.

Here is one other change in the labour market: People no longer stay in jobs for long.

I have been writing and editing for this newspaper for the last 28 years, one of a dying breed who tend to stay on in their jobs.

My two bosses, who have since retired, worked their entire lives for the paper, clocking more than 40 years each.

In contrast, one of my daughters is into her fourth job in six years.

Read also: Salary base for local workers to go up

Her generation is constantly reminded that this is the new norm and to expect further disruptions down the road.

It all adds up to a job market that is changing in uncertain ways, with new types of work replacing old ones requiring new skills, as new technology emerges.

How should governments, companies and workers respond to these challenges?

On the same day Mr Lim spoke, I was attending a series of lectures on the topic of complexity organised by a research group at the Nanyang Technological University, called Para Limes, which specialises in the subject.

I am completely new to this science but it is relevant to helping us understand what is happening in rapidly changing areas like the job market.

So, here is my uncomplicated attempt at connecting the dots from what I heard at the NTU forum to what was discussed in Parliament.

The human mind has a tendency to simplify what is happening, to look for simple explanations, especially on cause and effect.

It can't deal with too much complexity so it tends to reduce a problem to the question of what is causing it, in the hope that it can be more easily fixed.

But the world is complex and not just because there are many things happening at the same time.

It is because what happens to one thing changes not only other things, but itself as well.

So change causes other changes and the feedback loop goes on.

A small change can, therefore, lead to a series of multiple changes that can have a huge effect - a butterfly flapping its wing in one corner of the world causing a hurricane in another, being the classic example often cited.

That's what's happening in the economy, with disruptions taking place, not just in the way businesses are run but also how workers are employed.

It is important, therefore, to not fall into the trap of framing the issue as if it can be solved in a simple way, such as by restructuring the economy to make it more productive and advanced.

Is it possible to "restructure" something as complex as a modern economy, and worse, do it by central control?

And when the results are not forthcoming, look for simple causes, so they can be fixed: the Government isn't doing it right, or Singapore companies are not enterprising enough, or workers are not pulling their weight?

If all else fails, form a committee or task force to draw up some grand plan?

The people studying complexity say this might be the worst possible thing to do.

How, then, should organisations cope with a complex problem?

According to Professor George Rzevski of the Open University in the UK, who was the first speaker at the forum, the most effective way is to have self-organising teams comprising people with the ability and authority to work together, adapt to change and make decisions on their own without waiting for orders from higher up.

It's almost the opposite of a command-and-control organisation, which is rigidly structured and hierarchical.

A self-organising group isn't disrupted by change but deals with it on its own.

In such an organisation, how individuals behave and the choices they make are more important than any grand plan hatched by headquarters.

During the question-and-answer session, someone asked: How would the top leadership know the solutions adopted by self-organising teams are optimal?

A so-called optimal solution, if it exists at all, is valid for only that very brief moment it is proposed. But the world changes all the time and it won't be optimal for long.

Instead, self-organising groups are able to adapt and adjust along the way, without waiting for instructions from their bosses.

This applies to companies as much as it does to the Government and the public sector.

Can Singapore be such a self-organising society?

I hope it can be.

But don't wait for an answer from the top.