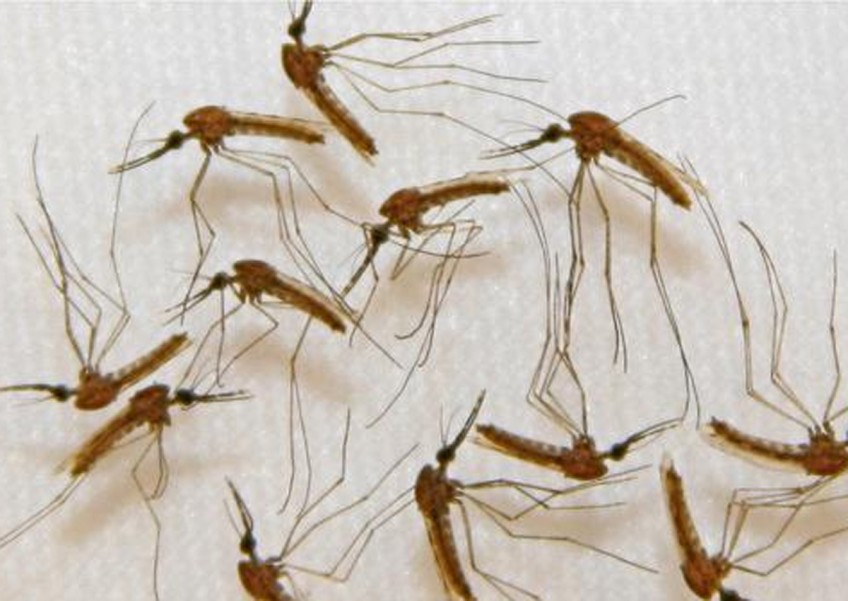 PARIS - A drug-resistant malaria parasite from southeast Asia can infect African mosquitoes, said a study Tuesday, boosting fears that a hard-to-cure variant of the disease could reach the world's most vulnerable continent.

Lab tests showed that drug-immune Plasmodium falciparum, the deadliest malaria parasite, are able to infect the Anopheles coluzzii mosquito - the main transmitter of the disease in Africa.

The parasite has evolved to resist the effects of artemisinin, the frontline malaria drug which earned its maker a Nobel Medicine Prize on October 5.

"The discovery suggests Africa - where malaria will cause an estimated 400,000 deaths in 2015 - is more at risk for drug-resistant malaria infections than previously thought," said a statement from the United States' National Institute of Allergy and Infectious Diseases (NIAID), which took part in the study.

This, in turn, "could further compromise efforts to prevent and eliminate the disease." The study was published in the journal Nature Communications.

There were some 584,000 deaths from malaria in 2013, out of estimated 198 million infections, according to the World Health Organisation. Ninety percent of the deaths took place in Africa.

Artemisinin-resistant malaria has not yet been documented in Africa, but has been spreading rapidly through southeast Asia.

It was not known prior to the study whether the parasite could infect Africa's Anopheles coluzzii mosquito.

The scientists tried to infect a variety of mosquito species, including the African type, with resistant parasites from Cambodia. It worked.

"The scientists also discovered a shared genetic background among artemisinin-resistant parasites that may enable them to infect diverse mosquito species by evading their immune systems," said the NIAID statement.

"The ability of artemisinin-resistant parasites to infect such highly diverse Anopheles species... may explain the rapid expansion of these parasites in Cambodia and neighbouring countries, and further compromise efforts to prevent their global spread," wrote the authors.

There have been two examples in history of malaria drugs becoming less effective due to the emergence of resistance.

From the 1950s to 1970s, chloroquine-resistant parasites spread from Asia to Africa. Chloroquine was replaced by sulphadoxine-pyrimethamine (SP), resistance to which emerged in western Cambodia and spread to Africa.

SP was then followed by artemisinin, a drug derived by Chinese scientists from a herb called sweet wormwood.

In February, researchers said artemisinin-resistant parasites have spread westward from southeast Asia as far as the Indian border.