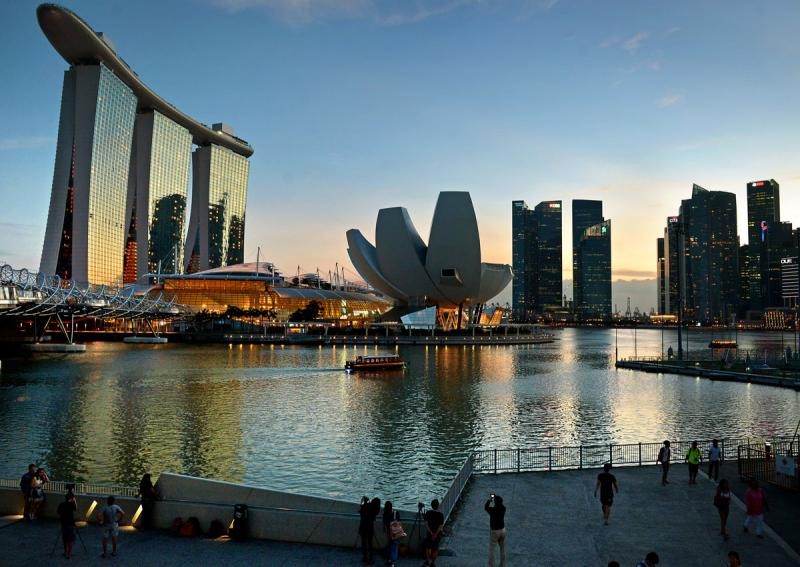 THE government on Wednesday stuck to its economic growth forecast for 2016, but there is clear indication the door is open for further downward revision.

The Ministry of Trade and Industry (MTI) said that it was keeping full-year growth forecast at 1-3 per cent when it released the full estimates for first-quarter gross domestic product (GDP) on Wednesday.

But importantly, it said that global growth prospects have dimmed, which changes its stance made just three months ago.

In February when MTI last issued an economic survey report, it had said that global growth this year was expected to be slightly better than in 2015.

"Since then, the global economic outlook has softened further, with global growth for the year now expected to be broadly similar to that in 2015," said Loh Khum Yean, permanent secretary of MTI, at a media briefing.

Economists that The Business Times spoke to took this as an indication that growth projections will probably be lowered again.

In fact, many houses already see growth coming in well within the lower half of MTI's range for this year.

"So it wouldn't really surprise me that the government will narrow projections towards the lower half of the range. I can't think of many others who are more upbeat than 2 per cent," said Brian Tan, economist at Nomura.

"Currently, it's just varying degrees of bearishness," he added.

Nomura and OCBC put full-year growth at 1.8 per cent, Standard Chartered at 1.7 per cent. Citi and DBS are at 1.5 per cent, Credit Suisse is bearish at 1.4 per cent. UOB is notably more upbeat with 2.7 per cent.

This bearishness from the private sector would mean that 2016 growth would be slower than 2015's 2 per cent.

To be sure, economists see no signs of a 2016 recession from data released so far, which they say also gives no solid ground for the Monetary Authority of Singapore (MAS) to ease monetary policy in October.

Wednesday's GDP data also largely fell within expectations, and did not deviate far from flash estimates.

But economists are picking up signs of slowing growth momentum.

Initial impressions from the Q1 GDP data would be that of a pleasant surprise. Headline print remained the same from April's flash estimate of 1.8 per cent year-on-year growth. Quarter-on-quarter growth was marginally stronger at 0.2 per cent, from 0 per cent previously.

Some observers attributed this uptick to manufacturing's improvement. In year-on-year terms, the sector dipped by one per cent, better than the flash estimate of a 2 per cent decline. It grew a heady 23.3 per cent quarter on quarter, beating earlier estimates of 18.2 per cent.

The surge, however, was largely driven by the biomedical sector, which in turn has little impact on the rest of the economy, wrote DBS. "Without this boost, the overall manufacturing sector would have contracted by 5.7 per cent." Yet, economists doubted how sustainable this growth would be. For example, the total value of public contracts awarded for building and construction activities was up 84.2 per cent year on year, but for the private sector it fell by 73.6 per cent. "I don't know how you can sustain that. I would be concerned about that level of spending from the government," said Nomura's Mr Tan.

Then there is the weak showing from the services sector, which accounts for two-thirds of the economy. It grew 1.4 per cent year on year, lower than the previous 1.9 per cent estimate. In quarter-on-quarter terms, it shrank by 5.9 per cent, the first quarterly decline in a year. Citi's Kit Wei Zheng also noted that this was the steepest quarterly decline since the 2008 financial crisis.

In addition, Mr Kit saw weakness in the sector as more pervasive now, with it not just affecting segments more exposed to cyclical challenges, but also retail, business and other services.

Externally, MTI sees weakening global conditions, which will weigh on external trade and price increases. The situation in advanced economies has "deteriorated marginally", with three risks particularly clouding MTI's outlook: a sharp China slowdown, a rapid rate hike in the United States, and the United Kingdom's potential exit from the eurozone.

Already, Singapore's total trade plunged by 9.7 per cent in Q1. This prompted officials to downgrade full-year forecast drastically to between -6 and -8 per cent.

Singapore is not expected to benefit soon from rising oil and commodities prices either. Recent low prices have destabilised markets and sectors that are exposed to oil, such as the marine and offshore sector.

"Just taking into consideration that global economic conditions remain subdued, we do not think that at this point in time the upside (risks) will have a significant effect on inflation forecast," said Edward Robinson, chief economist at MAS.

This article was first published on May 26, 2016.
Get The Business Times for more stories.