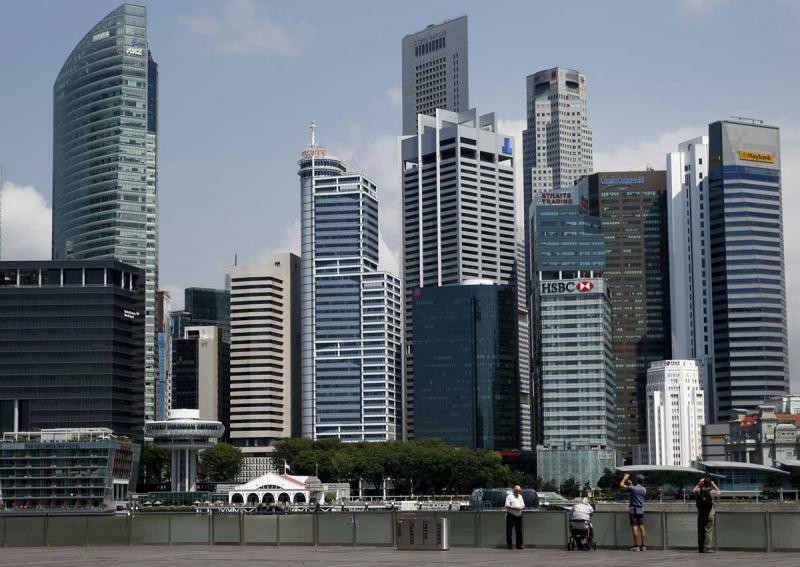 SINGAPORE'S growth forecast for this year has been pared for the fifth time in a row - and many believe more cuts could be in store.

Private-sector economists now expect full-year growth to come in at 1.8 per cent, a quarterly poll by the Monetary Authority of Singapore (MAS) has found.

Economists The Business Times spoke to described the latest 1.8 per cent figure as still being too optimistic, even though it sits comfortably within the government's 1 to 3 per cent growth forecast range.

Those from DBS, OCBC and StanChart expect another round of forecast cuts in the next quarter.

Said OCBC economist Selena Ling: "This has been the story for the last two or three years - everyone starts the year more upbeat, and as things get gloomier as the days pass, expectations are shaded down. I wouldn't rule (another downgrade) out."

The central bank's June survey was sent out on May 25, and received views from 22 respondents.

He said: "This is crucial because the finance & insurance industry has been the main engine of Singapore's growth for the past three years, accounting for about 34 per cent of GDP growth. But in the first quarter of this year, the sector experienced the biggest contraction of 15.2 per cent (in annualised quarter-on-quarter terms)."

UOB economist Francis Tan said the marked downshift in services' outlook is a cause for concern, given its heft in Singapore's economic make-up.

Non-oil domestic exports are also expected to contract 2.1 per cent in 2016 - a sharp reversal from a projection of a 0.2 per cent expansion in the March survey.

On the bright side, a contraction is no longer expected in the manufacturing sector.

While economists had previously predicted a decline of 2.7 per cent, they now expect manufacturing growth to be flat this year.

Still, several economists told BT they have misgivings about the more sanguine forecast.

Said Mr Seah: "When it comes to expectations for the manufacturing sector, I think the market has gotten ahead of fundamentals. It's being too optimistic."

Both he and Ms Ling think analysts could have been swayed by the recent stabilisation in PMIs (purchasing managers' index) and the upswing in biomedical manufacturing output.

But they argue that the PMIs look better only because of low-base effects; and they add that the upswing in biomedical manufacturing output is an unreliable gauge of future strength, since production in this sector tends to be volatile and lumpy.

Said Ms Ling: "I have my doubts about (the better manufacturing forecast) for now. I don't think we are seeing signs of very strong demand recovery elsewhere in the world. Of course there's been a bit more support from the biomedical and pharma side - but the perennial question for that is: 'How long is it going to last?'. So I would still be cautious about manufacturing momentum - so far we haven't seen signs of a sustainable recovery anywhere in the world."

Indeed, Mr Seah and StanChart economist Jeff Ng cited the downside risks facing the Singapore economy, including China's structural slowdown, the uncertainty in the US' economic and political landscape and the looming Brexit vote.

They thus see more room for further downgrades in the months ahead.

Mr Seah said: "Those looking for green shoots may well be finding themselves staring at a bunch of weeds."

On the inflation front, headline inflation stood at -0.4 per cent this year, versus -0.2 per cent in the March survey.

There is no change to 2016's core inflation outlook, which stands at 0.8 per cent.

Core inflation strips out the costs of accommodation and private road transport.

This article was first published on June 16, 2016.
Get The Business Times for more stories.