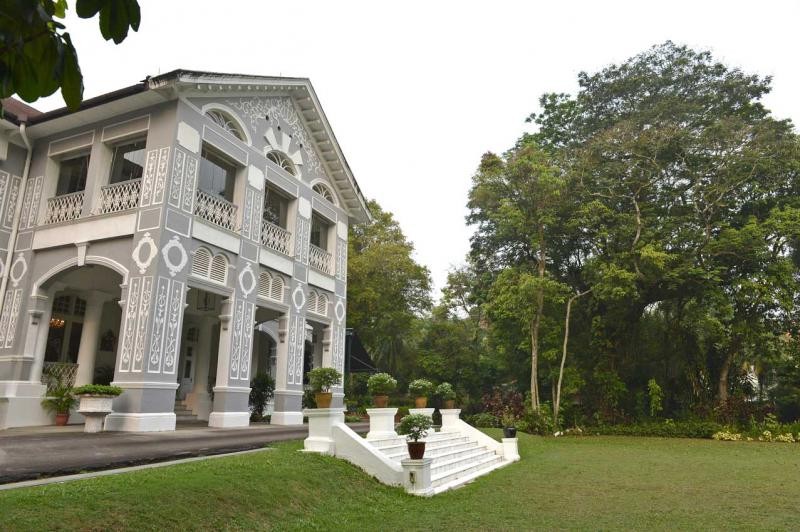 A pair of freehold Good Class Bungalow (GCB) plots from the garden of Eden Hall, the official residence of the British High Commissioner to Singapore, has been relaunched for sale by public tender by the British government.

The relaunch, which sees guide prices being slashed by about 20 per cent, comes after bids during the initial tender period, which closed in January, failed to meet the guide price.

That was on the back of weak market sentiment brought about by the global stock market volatility and concerns about China's slowdown, said CBRE, the sole marketing agent.

Both plots, which consist of a front and rear plot, are located on Nassim Road. The front plot, which measures approximately 18,618 sq ft and has a 34-metre long frontage of Nassim Road, is priced at S$1,700 per sq ft (psf), which works out to S$31.65 million and down about 23 per cent from the previous guide price of S$2,200 psf in January.

Both sites are zoned for residential use. Buyers can bid for the plots together, or each on its own.

Said CBRE director of investment properties Sammi Lim: "Offered on a vacant site basis, (the sites will allow buyers) to commence development immediately. It is essentially working on a blank canvas as buyers can work around the space creatively to rework the site to suit their own requirement."

A five-minute walk from the recently-crowned Unesco World Heritage Botanic Gardens, Nassim Road is considered to be one of Singapore's most exclusive addresses, with embassies, high commissions and business tycoons occupying the area.

There have been only three Nassim Road GCB sales over the last nine years. The last caveat lodged for a GCB sale on Nassim Road was in February 2012, when former Sincere Watch chairman Tay Liam Wee paid S$2,000 psf, or S$47.84 million, for a 23,922 sq ft vacant plot.

"We expect buyers who have been observing and waiting at the sidelines to now come forward and evaluate this purchase seriously," Ms Lim said.

The public tender for the sites will close on Aug 3.

This article was first published on June 21, 2016.
Get The Business Times for more stories.