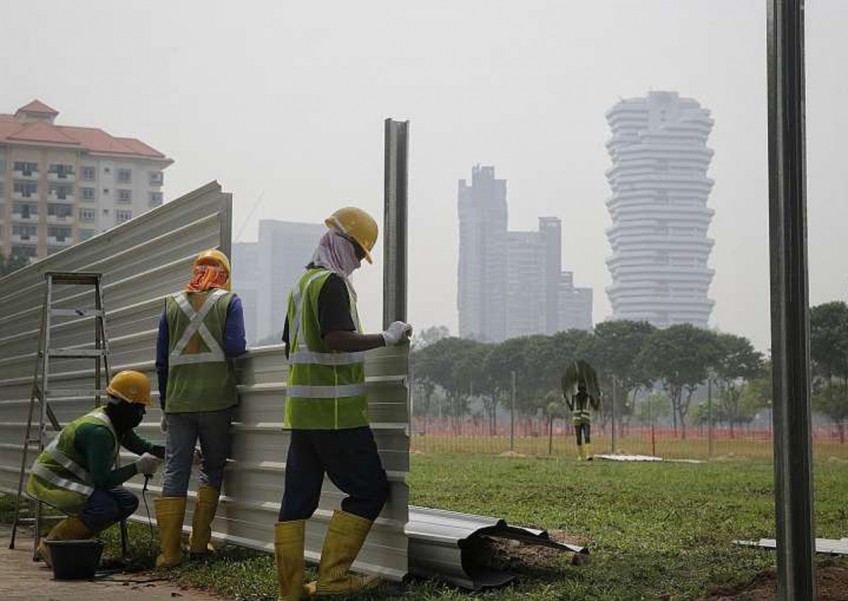 SINGAPORE - A 51-year-old Singaporean has been fined $21,000 for falsely declaring salaries to obtain work passes for 10 foreign employees.

Tan Boon Sing, who is the owner of KT Engineering & Construction Pte Ltd, lied in applications made between October 2014 and May 2015 that the 10 foreign workers be paid $2,200 so as to meet the S Pass requirement.

Based on the false information he provided, the 10 workers were granted S Passes.

Investigations by the Ministry of Manpower (MOM) revealed that the workers were only paid $1,400.

Tan's company would issue a monthly $2,200 cheque to each worker, of which $800 in cash would be collected back by Tan's former employee, 44-year-old Indian national Peyarijohn Shekatham.

The workers who refused to comply would have their work passes cancelled.

Tan has since returned the monies collected from the workers back to them.

MOM said in a press release that Peyarijohn will be dealt with in due course.

Both Tan and his company have been barred from hiring foreign workers.

"This is a serious offence and we will take strong enforcement action against such employers, including barring them from employing foreign workers," said Mr Kandhavel Periyasamy, Director of Employment Inspectorate, MOM's Foreign Manpower Management Division.

Since 2014, 55 employers were prosecuted for falsely declaring their foreign workers' salaries.

Under the Employment of Foreign Manpower Act (EFMA), offenders found guilty of false declaration offences can be imprisoned for up to two years, or fined a maximum of $20,000, or both.