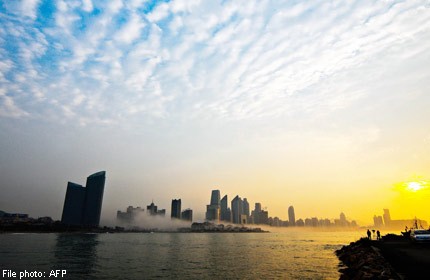 CHINA - A botanist is urging the public not to use information released for better protection of endangered plants as a guide for their personal gain.

Xin Hua, a botany professor at Qingdao Agricultural University, said the publication of the location of some endangered plants has been abused.

"We publicized the sites to raise the awareness of protection among the public, but some people used our findings for personal gain and caused new damage to the few rare species in Qingdao," she said.

Xin participated in a field survey in the city in 2012 and found more than 20 endangered wild plants that are on the national and provincial plant protection list.

She compiled a brochure on the species for public education and gave media interviews last year, calling for more people to join in the protection of the endangered plants.

Media reports published information of not only the wild species, but also disclosed their whereabouts. The result of the publicity is the opposite of what Xin expected.

While undertaking this year's survey, she and her students found some of the plants had been removed, she told local media on Tuesday as the university's students distributed brochures to visitors to Laoshan Mountain. She assumed the plants were taken for personal collections, to be sold for profit or eaten.

Ji Zhangchun, who works for the Laoshan mountain management committee in Qingdao, said a field of rare wild lilies he found in 2011 was damaged by people this year after media outlets reported its location.

"I used to go see the wild lilies almost every day when they bloomed. But this June when I went there, they had been stolen," he said.

All that is left are holes dug in the ground and a solitary lily that has yet to blossom, he said.

"No one even recognised them before we called for their protection through the media. But after they were put under the spotlight, tourists ate them all before the fruits were even ripe," he said.

Xin said the root of the kikyou, a Chinese bellflower and a traditional delicacy that residents of Laoshan eat, has also been endangered due to it being taken by tourists and restaurant owners.

Wang Aijian, deputy director of the Laoshan scenery area management bureau, said people who take endangered plants can only be fined, according to the current law.

To better protect wild species, the city government has formed a forest stewardship service of 5,000 people and implemented grid management to protect plants at Laoshan Mountain. It also plans to build a 1.33-square-kilometer plant preservation area for 11 designated rare plants.

But Wang said the plants need more protection from the public, in addition to the government measures. An increasing number of people have joined efforts to protect rare species by volunteering at weekends, he said.

"This might be a small thing for individuals, but if more people participated in the protection, it would save more rare plants from extinction," she said.