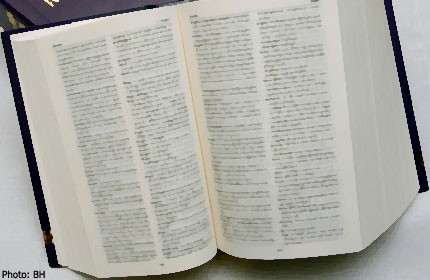 The English profanity "s***storm" is so widely used by Germans, including Chancellor Angela Merkel, that the country's most prestigious dictionary has included it in its latest edition.

"Over the last few years, 's***storm' has entered everyday usage so that's why it now appears in the new printed edition of the dictionary," said Nicole Weiffen, head of communications at Duden, which publishes Germany's standard dictionary.

"It is used in a lot of print and online media as well as in a whole host of other contexts so it is really relevant for the German language now," she told Reuters.

The latest edition of the Duden dictionary defines the word as "a storm of indignation expressed via the internet, sometimes accompanied by offensive comments."

That varies slightly from the English meaning, with the Oxford English Dictionary, which defines s***storm as "a situation marked by violent controversy".

Asked last year if it was worth considering whether internet users should have some kind of driving license, Merkel said: "Yes but I won't make any suggestions here. Otherwise we'll get a 's***storm' tomorrow."

The word was named "Anglicism of the Year" by a panel of language experts in 2011, who said it "filled a gap in the German language".

Germans also use the word "candystorm" to refer to an outpouring of approval for public figures. That word has yet to enter the Duden dictionary.