Enter the potato in China 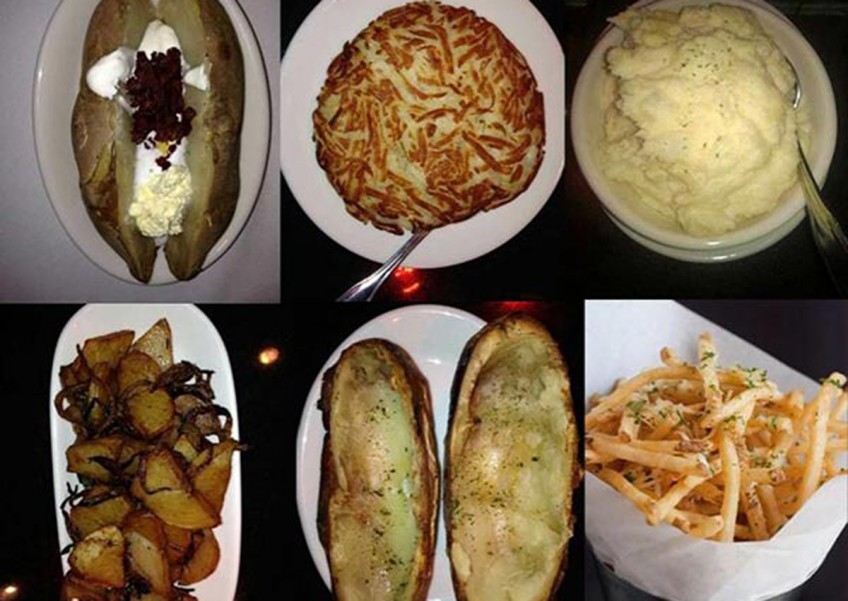 You didn't hear? According to China's Ministry of Agriculture, in six years, half of the annual production of potatoes will be for domestic consumption as a staple food, which sounds like the strangest thing if you consider the Chinese palate. Most Chinese consume the potato as a dish (think tudou si, or stir-fried potato strings), or as a complement within a plate of meat, such as the Xinjiang specialty da pan ji.

Now imagine a bed of french fries underneath a slab of hong shao rou (braised pork belly). That doesn't sound so bad ... Or a mound of warm potato salad and a slathering of gong bao ji ding (Kung Pao chicken). Maybe we're onto something here.

Soon, we'll be seeing unique concoctions of baked potatoes and potato pancakes on restaurant menus and in home kitchens. Tater Tots and ...

"We're trying to process it into bread, steamed bun and noodles," says Pan Wenbo at the agriculture ministry.

You just ruined it for me, Pan. Potato noodles? Seriously?

On paper, producing more potatoes, which are less water intensive and can grow in arid regions, appears to be a sound solution to China's food security. Annual droughts have left many without water while the top farming regions of the North China Plain are heavily reliant on groundwater that is severely polluted. According to a February 2013 report by the nation's Ministry of Land and Resources, over 70 per cent of overall groundwater quality is classified as "unfit for human touch". Fantastic.

This bodes well for the tough tuber and we at BaytoBei would like to be the first to welcome it by dipping it in hot oil. Here's the recipe for our Badass Roast Potatoes.

Qiang Xiaoji and B.W. Liou are Beijing foodies, one a San Francisco Bay-area native and one a bona fide Beijinger. They previously published this report at their food and drink blog, BaytoBei.