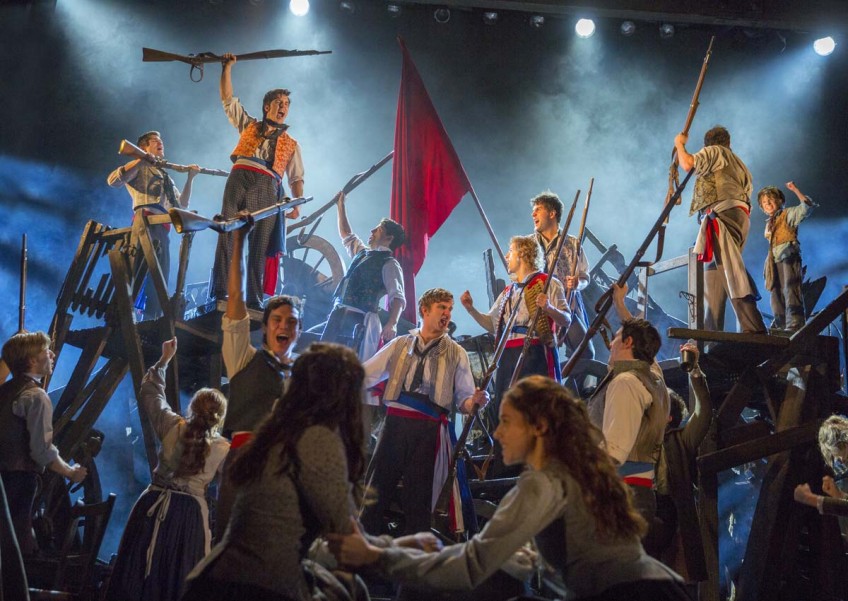 Come May 2016, it will be time to hear the people sing again, as the popular musical Les Miserables returns to Singapore shores.

A new production of the Cameron Mackintosh classic, which is currently touring Australia, will play at the Esplanade Theatre from May 29 to June 26 next year. Tickets go on sale on Sistic from Nov 2.

British producer Mackintosh created this new show five years ago to celebrate the 25th anniversary of the Broadway musical. The Singapore show is presented by MediaCorp VizPro International.

It boasts a new, updated stage set, re-orchestrated score and reimagined scenery based on the paintings of French writer Victor Hugo, whose epic novel it is based on.

The musical is set against the backdrop of 19th century revolutionary France, following the journey of ex-convict Jean Valjean, and the people in his life including his nemesis, policeman Javert.

"Next year will mark 20 years since Les Miserables was last in Singapore," said Mackintosh in a press release issued to mark the announcement. "I am delighted to bring this hugely successful new production to Singapore with this incredible cast."

The Singapore production features a predominantly Australian cast, with the exception of British actor Earl Carpenter, who reprises his role as villain Javert in the touring show in Toronto and United Kingdom .

Landing the coveted role of Valjean is Simon Gleeson, fresh off his Best Actor win at this year's Helpmann Awards, Australia's version of the Tonys. Les Miserables was also crowned Best Musical in the same awards.

Sydney Morning Herald praised the energy of the slick new production, which it says is "calculated to appeal to a new generation of Les Mis fans" with the use of computer animation, a bass-heavy sound design and speedier pacing. The Guardian called the Sydney show "absolutely amazing", being "both grand and accessible".

The musical was first mounted by French songwriter Alain Boublil and composer Claude-Michel Schonberg in 1980. It has been seen by an audience of over 70 million worldwide in 42 countries, collecting over 125 major awards internationally.