The 2010s in entertainment: Binge TV, Disney and music moguls

Singer Taylor Swift -- seen here performing at Z100's iHeartRadio Jingle Ball 2017 at Madison Square Garden in New York -- is one of the most successful artists of the decade.

Every year brings an avalanche of lists about pop culture -- best films, best books, best albums. Attempting to define a decade in the world of entertainment is, at best, daunting.

But hey, we are going to give it a try.

Here are some of the key trends that emerged in the 2010s in television, film and music, from the explosion of scripted series to a new generation of divas whose empires transcend the concert stage.

At the start of 2010, music platform Spotify had less than one million subscribers, Netflix had a little over 12 million, and streaming services were more of a curiosity than anything else.

Ten years on, Spotify has 248 million users and Netflix has more than 158 million.

Streaming is the new normal: the worlds of television, film and music have been transformed by the emergence of this new way to consume content. Everything is available, all the time.

Careers can be made -- or can unravel -- on these platforms. Buying CDs? So last decade.

YouTube has a paramount place in the new entertainment landscape. For Generation Z, the post-millennials, it is the place to go to discover the hottest new talent.

The evolution of internet technology has allowed for streaming en masse -- impossible a decade ago.

The seismic changes also have revolutionised the video game industry, with multi-player games such as Fortnite exploding thanks to streaming capabilities, and helped boost e-sports. 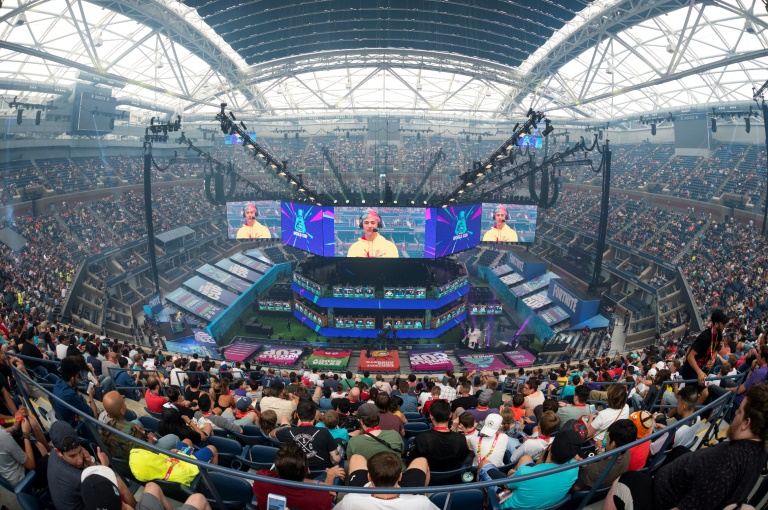 Tyler "Ninja" Blevins (on screen), one of the biggest Fortnite stars, speaks to the crowd at the start of the 2019 Fortnite World Cup Finals in July 2019 at Arthur Ashe Stadium in New York. PHOTO: AFP

Users have largely abandoned their desktops and television sets -- smartphones and tablets are now what many people use to listen to music, watch films or read the news.

As the United States slowly unfurls its 5G network, users should have even less reason to leave the couch -- and their phones.

Once upon a time, there was appointment TV: shows like "Seinfeld" that US viewers watched at the same time so they could discuss it the next day. If you lived abroad, you had to wait.

Now, more and more people are cutting the cord, and DVRs are on the way out. 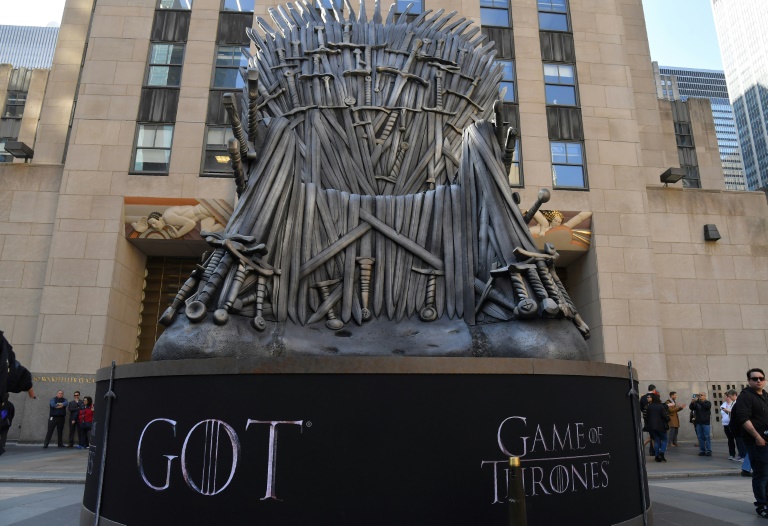 "Game of Thrones" took the world by storm -- here, the Iron Throne is on display in April 2019 ahead of the New York premiere of the HBO show's final season. PHOTO: AFP

The streaming boom, and the gradual shift away from traditional networks and broadcast schedules, means that television has finally gone global.

Out: the agonizing week-long wait for a new episode. In: binge-watching your favourite shows when Netflix, Hulu, Amazon and others dump an entire series in one go. 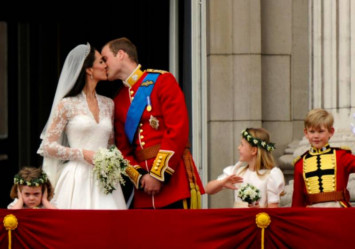 The competition between old-school networks, cable channels and online giants to land top talent -- and big budgets -- yielded a decade of hits, and hundreds of new shows a year.

"Game of Thrones," which began in 2011 and wrapped up earlier this year, was perhaps the cultural touchstone of the decade.

The blood-spattered, sex-fueled saga of the battle for the Iron Throne captivated the masses, raked in awards and spawned an industry of set tours, merchandise and conventions.

But if fantasy epics are not your thing, there was TV for everyone in the 2010s: drama fans craved the edgy darkness of "Breaking Bad" and the dystopian terror of "The Handmaid's Tale." 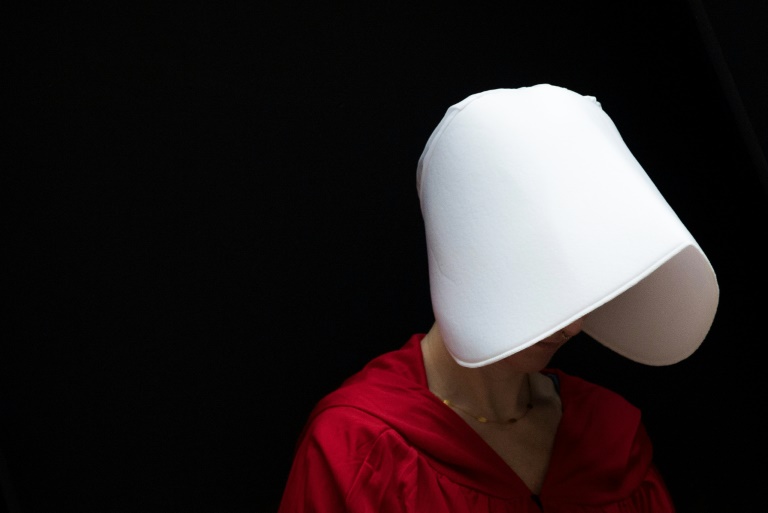 Another major TV hit of the 2010s was "The Handmaid's Tale" -- the dystopian drama that sparked a new way for women to protest around the world, wearing the iconic white bonnets and red dressed seen in the Hollywood version of Gilead. PHOTO: AFP

On the comedy side, viewers loved the zany, diverse "Modern Family, the madcap politics of "Veep" and the technicolor sass of "The Marvelous Mrs Maisel."

While Walt Disney Pictures was little more than a twinkle in a struggling animator's eye, Golden Age Hollywood was famously ruled by the "Big Five" studios. Look at box office figures today, and it might as well be the Big One.

Nearly one in three domestic movie theatre dollars this year have gone straight into the deep pockets of Disney, which has sailed past a staggering $10 billion (S$13.5 billion) globally for 2019.

The landmark, set even before "Star Wars: The Rise of Skywalker" hits theatres at year's end, breaks the previous annual record of $7.6 billion posted in 2016 by... Disney.

This has happened in part because CEO Bob Iger has spent the past decade on a multi-billion-dollar buying spree that reads like an overexcited child's wildest daydream. 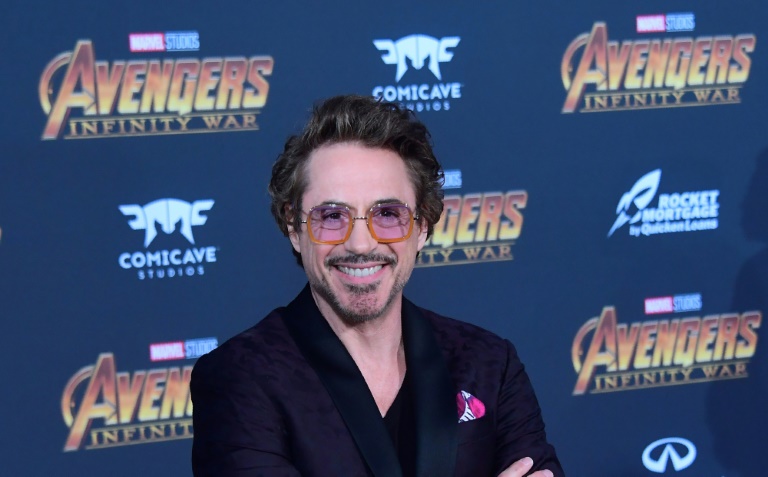 Disney's acquisition of Marvel Studios has led to a boom in superhero films this decade -- actor Robert Downey Jr (Iron Man) led the charge as one of the many stars of the "Avengers" franchise. PHOTO: AFP

After acquiring Marvel in 2009 and sending its superheroes out to raid box offices for the next decade, he added Lucasfilm (read: "Star Wars") in 2012, and Fox this year -- the addition of its "X-Men" and James Cameron's "Avatar" sequels means the Mouse House's world domination is only likely to grow.

On top of that, Disney has raided its own back catalog for a series of nostalgic and highly lucrative "live-action" remakes, from "The Jungle Book" to "Aladdin."

And Disney even found time to create a rare original phenomenon -- the unstoppable "Frozen" films.

For Paul Degarabedian, a senior media analyst at Comscore, it has been a "truly astonishing decade for the company."

The runaway success of "Old Town Road" -- a country-rap mash-up by a gay black teenager from Atlanta now known globally as Lil Nas X -- capped a decade that saw strides for diversity across the entertainment industry. 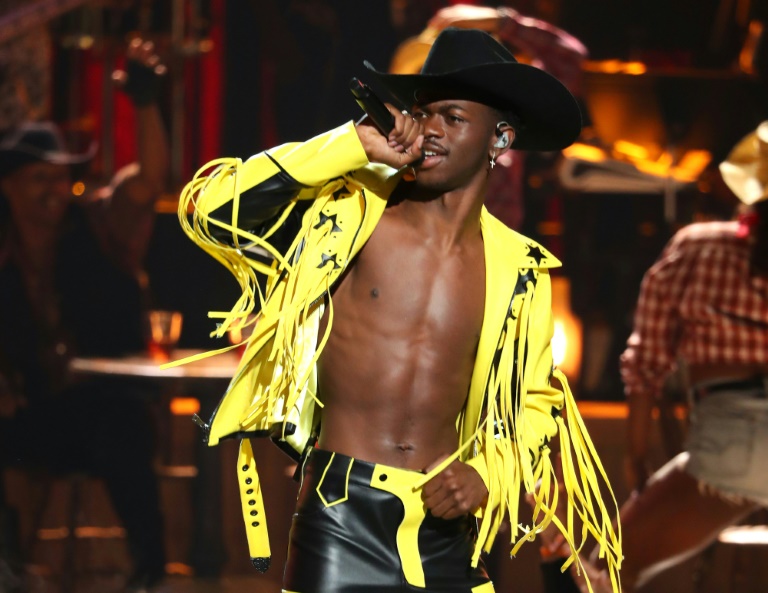 The record-breaking earworm made waves in the typically white world of country music, as South Korea's K-Pop captivated the globe -- and topped the charts. 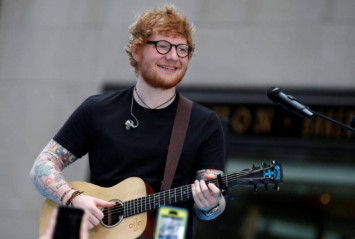 Latin America's booming reggaeton and trap genres also made a splash in the 2010s -- megahit "Despacito" (2017) remains the top-viewed clip on YouTube with more than 6.5 billion views. 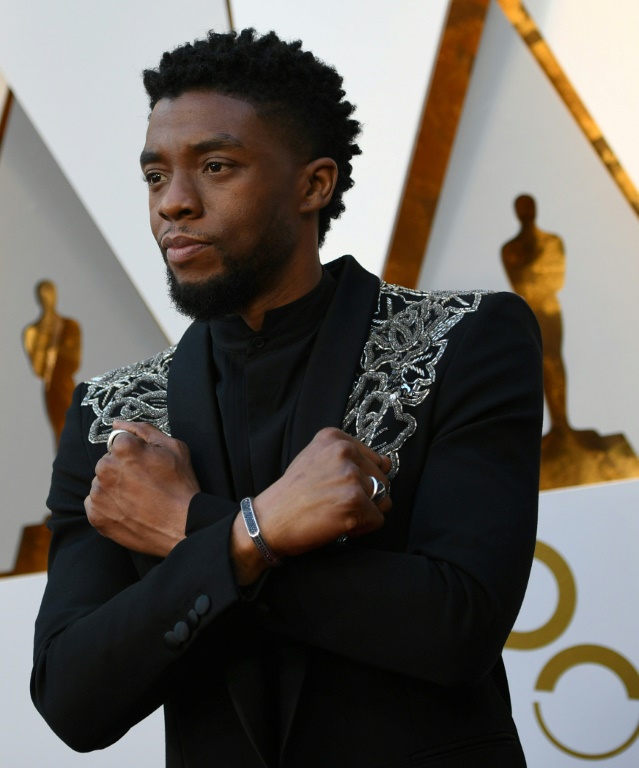 "Wakanda Forever": superhero film "Black Panther" starring Chadwick Boseman in the title role -- seen here at the Oscars in 2018 -- was groundbreaking in terms of its mainly black cast. PHOTO: AFP

The Academy of Motion Picture Arts and Sciences, which doles out the Oscars, moved to diversify its membership and voting body, in the wake of the none-too-flattering #OscarsTooWhite movement.

The Recording Academy saw its Grammy nominees slate grow increasingly more diverse and took steps to highlight female artists -- it too suffered from criticism that the gala was too white and too male.

In the world of pop music, it's not enough anymore to have a booming, multi-octave range like Mariah Carey -- you also need to run a fashion house, sell cosmetics or direct a feature film. 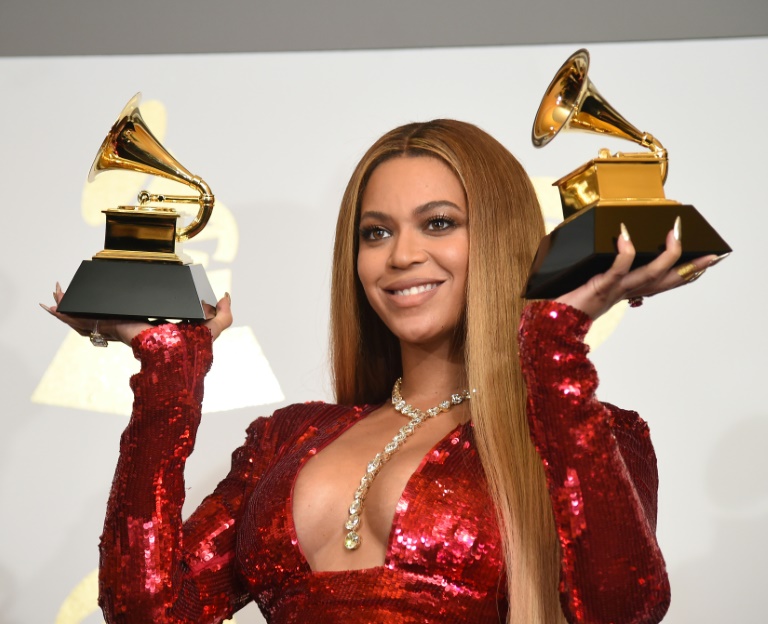 Beyonce -- posing with some of her Grammy awards in 2017 -- has had a banner decade, starring in films, ruling Coachella and producing her own activewear line. PHOTO: AFP

Beyonce is the diva of the decade, taking Coachella by storm, starring in a reboot of "The Lion King," blazing across concert stages with husband Jay-Z -- and performing twice at the Super Bowl in the 2010s.

But she also runs her own activewear brand, Ivy Park, which has been relaunched in collaboration with Adidas. Her music album-film "Lemonade" earned widespread acclaim. She directed a documentary about her show-stopping Coachella set.

"The more I mature, the more I understand my value," she said in a Q&A published this month by Elle magazine. "My true win is creating art and a legacy that will live far beyond me."

This is the new model for a generation of music superstars. 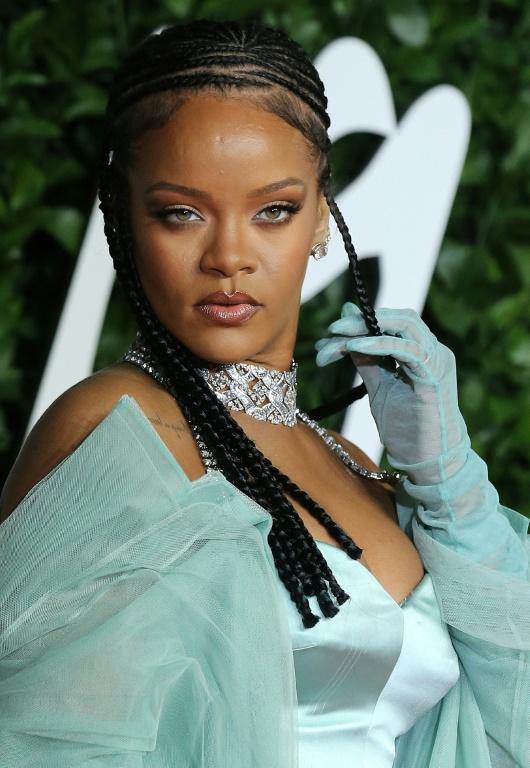 Barbadian singer Rihanna -- seen in December 2019 in London -- is rocking the charts and the fashion world. PHOTO: AFP

Rihanna has consistently topped the charts, but the 31-year-old Barbados native also has made a fortune from her makeup and lingerie lines. This year, she launched a luxury fashion label with French powerhouse LVMH.

Songstress Taylor Swift has swept up 10 Grammy awards since 2010 with chart-topping albums like "Speak Now" and "1989." She released multiple perfumes, has an array of product endorsement deals and battled her former label for control of her master recordings. 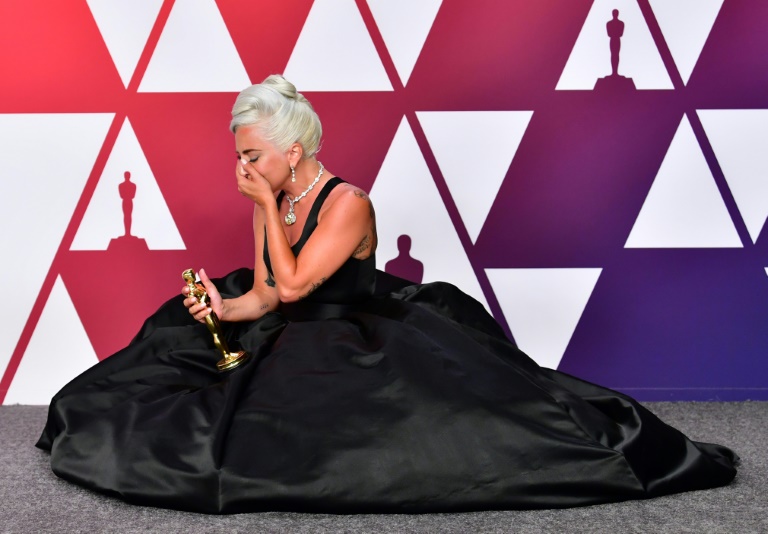 Lady Gaga stormed through the 2010s, wrapping up a banner decade in 2019 with an Oscar for best original song for "Shallow" -- the anthem from "A Star is Born". PHOTO: AFP

All of the above have estimated net worths of more than $300 million.

All hail the new Renaissance women of music.