American historian Steven Schwankert clearly recalls the day in 1997 when he watched the blockbuster movie Titanic in a crowded, smoke-filled cinema in Beijing.

“The cinema experience back then wasn’t great,” says Schwankert, on a Zoom call from his home in Beijing. “It was like watching a movie in your tiny high school gymnasium. The sound wasn’t great and the film was slightly out of focus … and there wasn’t any popcorn.”

Fast forward more than two decades and documentary The Six, the untold story of the Chinese passengers aboard the RMS Titanic, and on which Schwankert was lead researcher, opens in cinemas across China on April 16.

“If someone had told me 20 years ago that I’d be releasing a documentary about the Chinese passengers on the Titanic and the film was being released across China with support from [Titanic director] James Cameron, I would have told them they’re crazy.”

Cameron is an executive producer of The Six .

Schwankert, who has called China home for more than 30 years, says releasing the documentary there made sense considering the popularity of the 1997 film, starring Leonardo DiCaprio and Kate Winslet, which became the all-time highest grossing movie to be released in China at the time.

A maritime historian, shipwreck buff and author of Poseidon: China’s Secret Salvage of Britain’s Lost Submarine (2013), Schwankert says the story of the Chinese Titanic passengers was too good to ignore.

The Six is also set to reignite global interest in the “unsinkable” ship that did just that in the North Atlantic Ocean on April 15, 1912, after hitting an iceberg on its maiden voyage, from Southampton, on England’s south coast, to New York, killing more than 1,500 of the estimated 2,224 on board.

Eight Chinese men were on board and six survived, landing in New York three days later aboard the Carpathia, the first ship to arrive at the scene of the disaster.

Under the United States’ Chinese Exclusion Act , the men were transferred 24 hours later to a British steamship and sent to Cuba. What happened after that has been unclear – until now.

What the team of international researchers uncovered – after tracking down the passengers’ descendants for the first time – is a tale of survival in the face of racism and anti-immigration policies.

Schwankert says the parallels between the anti-Asian fallout of 1912 with the Covid-19-fuelled anti-Asian hate crimes of today, is a sad case of history repeating itself. “It’s a reminder that we had race problems more than 100 years ago and, unfortunately, we’re still facing these problems today.”

The Six was scheduled for release this time last year, before the coronavirus pandemic wrecked those plans.

Read Also
Avengers blast past Titanic to become No. 2 film of all time 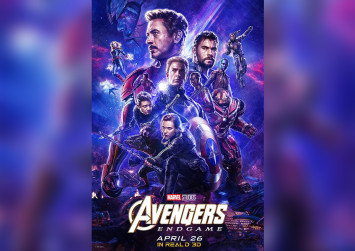 Schwankert says The Six has a strong connection to Hong Kong. The famous final scene of Cameron’s movie, showing Jack (DiCaprio) and Rose (Winslet) – who was rescued from a piece of floating wreckage – was inspired by a real event but it was, in fact, Hongkonger Fang Lang who was rescued, he says.

“Twenty-seven Des Voeux Road Central [Hong Kong] also kept popping up during our research because it was a boarding house or some kind of employment agency, where men coming from Guangdong would find maritime work.”

Schwankert hopes a distributor in Hong Kong is found soon: “We’re also looking at streaming services so we can reach a wider audience.”