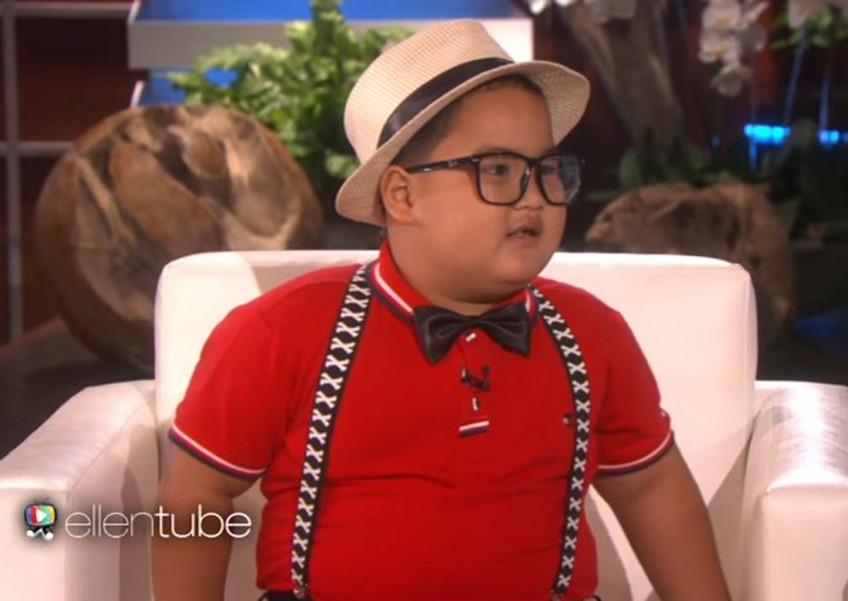 The 8-year-old pudgy Kapuso talent flew to the US to appear on Tuesday's episode of "Ellen," where she delighted the audience with his dance number of Ed Sheeran's "Shape of You."

"In the two years we've known our next guest, he's gone from being a 6-year-old dancing boy from the Philippines to an 8-year-old international star," DeGeneres said by way of introduction.

Balang revealed that he was given an honorary license to teach Zumba in the Philippines.

This was Balang's fourth guesting on the popular American talk show. He was first invited to the show in 2015 and appeared twice last year.

He previously co-hosted GMA reality show "Like" with Tom Rodriguez.