Bollywood actor Aamir Khan will be in Singapore in October to promote his latest movie, 'Secret Superstar'.

Khan and writer-director Advait Chandan will meet fans at Marina Bay Sands' The Mastercard Theatres on Oct 2 at 8pm.

Secret Superstar is about a teenager who aspires to be a world renowned singer, and how her mission changes her life and the lives of everybody around her.


The movie, which also stars Zaira Wasim, comes after Khan's hugely successful 'Dangal' which has become the highest-grossing Indian film worldwide. The latest film is set for global release on Oct 19.

Passes to the Oct 2 event are free and available on a first-come-first-served basis from Sept 28 at The Mastercard Theatres Box Office during operational hours. 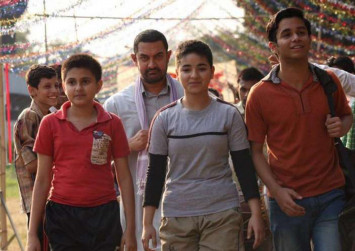