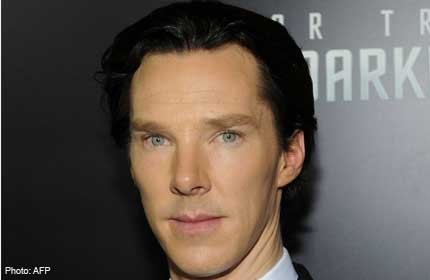 LOS ANGELES - British actor Benedict Cumberbatch says a letter from WikiLeaks founder Julian Assange asking him not to do a movie about the emergence of the anti-secrecy website affected his portrayal of him in the upcoming film "The Fifth Estate."

Cumberbatch, 37, said in an "ask me anything" interview on content-sharing site Reddit on Friday that he was concerned with playing the part after Assange sent him a letter in January declining an invitation to meet in person and urging him to rethink his involvement in the film.

"To have the man you are about to portray ask you intelligently and politely not to do it gave me real cause for concern, however, it galvanized me into addressing why I was doing this movie," Cumberbatch said in response to a user asking him whether Assange's letter affected his role in the film.

Assange's letter, dated Jan. 15 and published on the WikiLeaks website on Wednesday, called the actor a "hired gun"and criticised Walt Disney Co's DreamWorks studio for using "toxic" source material as a foundation for the film, based partly on the 2011 book "Inside WikiLeaks" by Assange's former lieutenant Daniel Domscheit-Berg.

The WikiLeaks founder is holed up at the Ecuadorean Embassy in London after being given political asylum by Ecuador.

He faces immediate arrest and extradition to Sweden to face accusations of rape and sexual assault if he leaves the embassy. Cumberbatch rejected Assange's comment, saying: "He accuses me of being a 'hired gun' as if I am an easily bought cypher for right-wing propaganda. Not only do I NOT operate in a moral vacuum but this was not a pay day for me at all."

Cumberbatch, who plays the WikiLeaks founder as rude, awkward and unkempt, said he believed the film focused on the success of WikiLeaks and celebrated "its extraordinary founder,"Assange, while exploring the impact the website had on the people at the core of it.

He said he hoped "The Fifth Estate," which opens in US theatres on Oct. 18, would start a conversation. "I wanted to create a three-dimensional portrait of a man far more maligned in the tabloid press than he is in our film to remind people that he is not just the weird, white haired Australian dude wanted in Sweden, hiding in an embassy behind Harrods," the actor added.