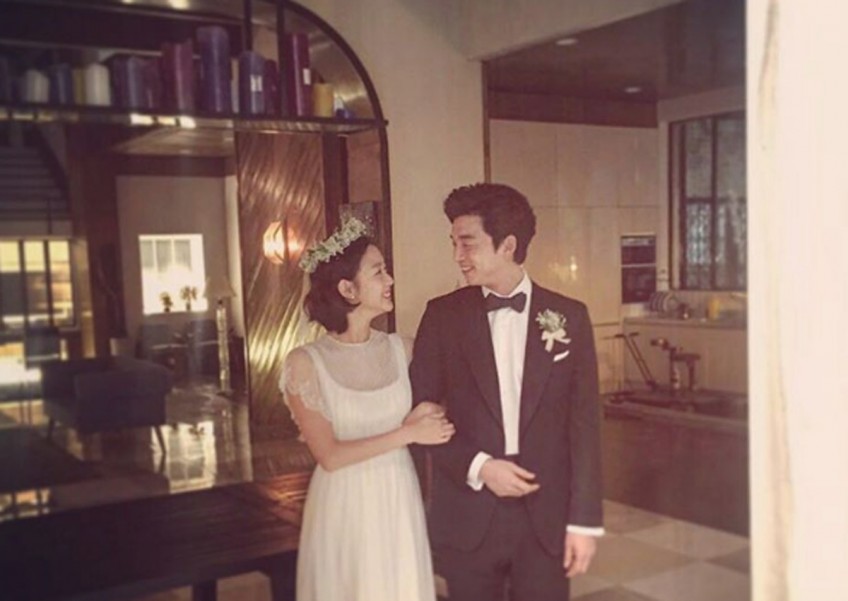 Kim Go-eun and Shin Ha-kyun recently broke up, their agency has confirmed.

HODU&U Entertainment said, "The two broke up in late-February and decided to remain good fellow actors to each other."

Shin, 42, and Kim, 25, got to know each other while enjoying scuba diving in Cebu, Philippines, and started dating in June.

Kim even signed a contract with Shin's agency in August 2016, after her previous contract expired.

However, the two said they split due to their busy schedules.

Shin recently starred in thriller-comedy "Room 7," set to hit cinemas this year and started filming for a romantic-comedy, "Wind Wind Wind," on March 13.

Kim starred on tvN's megahit drama "Guardian: The Lonely and Great God" which finished its 16-episode run in January.