KUALA LUMPUR - Badminton star Lee Chong Wei is getting a movie about his own life, but do not expect him to be pursuing an acting career anytime soon.

"I didn't get to participate much in the movie. But I did get to visit the set and realised that filming is really tiring, I would rather go and train in court instead!" Lee said during a press conference to announce the upcoming Lee Chong Wei movie.

The movie was originally titled Rise Of The Legend.

Read Also
Lee Chong Wei: Do not forget about me when I retire 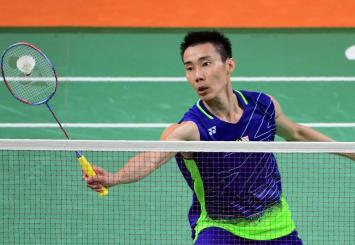 Set to hit cinemas in the first quarter of 2018, the film is a biopic on Lee's life, starting with his early years as an aspiring young badminton player from Penang, all the way to becoming the world No. 1 badminton player.

An audition held earlier this year for the lead role of Lee himself drew more than 2,000 aspiring candidates from all over Malaysia, and even from Taiwan.

Teng said he picked two unknown actors in the roles because he felt it was important to cast someone who could play badminton.

"The badminton scenes had to be convincing. So, I decided it would be easier to cast someone who could play badminton and then teach them to act, rather than teach an actor how to play badminton," he added.