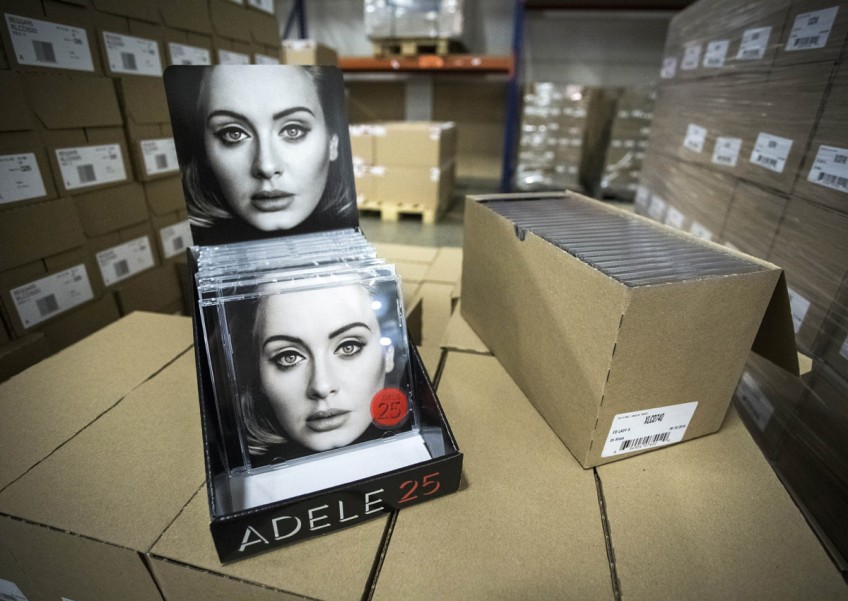 NEW YORK - Adele's album "25" was set Monday to smash through the opening-week record in the United States, with at least 2.3 million copies sold in the first three days alone.

Nielsen Music said that "25," released on Friday, would by late Monday match the record of 2.41 million sales in a first week set in 2000 by Justin Timberlake's boy band NSYNC.

Billboard magazine, which runs the benchmark US chart, predicted that "25" would sell around 2.9 million copies in its first week in the United States.

The figure is all the more remarkable as NSYNC's album "No Strings Attached" came out when overall music sales were much higher. Apple launched iTunes in 2001, which mainstreamed digital music.

In a sign of confidence in sales, "25" is a rare album that is not available through online streaming services, the booming sector that allows unlimited on-demand music.

"25" would be the fastest-selling album since at least 1991, when Nielsen Music started to track weekly music sales in a methodical way.

Besides NSYNC, Adele would cruise past the two fastest-selling albums of the digital music era - rapper Eminem's "The Eminem Show" in 2002 and country-turned-pop star Taylor Swift's "1989" last year.

"25" is the first full-length work in four years by Adele, whose last album "21" was the top-seller in the United States for two straight years and by far the biggest release this century in her native Britain.

The latest album follows a similar artistic path of ballads about heartbreak, led by the opening track "Hello." Her album "21" was best known for the tear-jerker "Someone Like You." Adele also looked to set a record in Britain, where "25" has sold 538,000 copies in its first three days.