Sean Foo is the creator of Getaway, billed as Singapore’s “first gay BL drama series”. He hopes it will raise acceptance of the (LGBT) community in the city state.

Sean Foo was in his final year of university in Singapore in 2015 when he founded Dear Straight People, an Lesbian, Gay, Bisexual, and Transgender (LGBT) media platform that now reaches, on average, about 300,000 people a month.

"It was an outlet for my passion for content creation," says Singaporean Foo via Zoom from Bangkok, in Thailand, where he moved three years ago for work.

On May 23, Foo will see another dream become a reality: the launch of his five-episode web series Getaway billed as Singapore's "first gay Boy's love (BL) drama series".

"BL is 'boy love', which has become an umbrella term for any Asian drama centring on a gay love story," he says. "Making one has been on my bucket list for the longest time and, in 2022, all the stars aligned in the sense that I finally had the network and the resources to make it happen."

Foo has his creative fingerprints all over the series: he plays the protagonist Sam, it is his first acting role and he also wrote the script - with some help.

"I had help from a script consultant, James Thoo, who worked in Hollywood and recently returned home to Singapore to start a family," he says, adding Thoo has set up a screenwriting academy in the city-state to help aspiring screenwriters like himself.

"We met through a mutual friend and I told him about this project and he was keen to get on board."

Foo hopes the holiday-themed drama will raise visibility, understanding and acceptance of Singapore's LGBT community. And for good reason.

In Singapore, consensual sex between men is still criminalised, a law that was upheld in March when the Court of Appeal declined to overturn the colonial-era legislation. Positive LGBT media representation is also banned on mainstream media.

The series' timing is also apt: June is Pride Month, a time dedicated to celebrating LGBT communities worldwide. It also made sense to shoot the production in Bangkok, says Foo, not just because he is based there but because "Bangkok is considered Asia's BL capital".

Getaway has an openly queer cast from Singapore and Thailand, including Steven David Lim, a familiar face on Singapore television during the 1990s - he is best known for starring the hit series Growing Up, which holds the record as the longest-running English drama series in Singapore.

Also having roles are Thai actor Paween "Snooker" Nalieng, best known for his role in the popular gay web drama series Gay OK Bangkok; Otto Fong, one of Singapore's most prominent gay advocates; and Zymone, a trans woman and drag queen from Thailand who was a contestant on The Voice Thailand.

After his coming out to his conservative father (Lim) goes wrong, Singaporean Sam (Foo) jets off to Bangkok in search of his exiled gay uncle (Fong) for guidance - he was similarly disowned for being gay many years ago.

During his search, Sam meets Top (Nalieng), a hopeless Thai romantic who has been unlucky in love. Together, they search for Sam's uncle but end up finding something much more.

"The whole process from start to finish has been crazy - and fast," says Foo. "The script took about two months, the fundraising about a month and the filming took just a few days, which surprised many people.

"It was stressful, especially for a first-time actor like me and we had budget concerns and time constraints - the things you must deal with when doing an independent production."

While BL dramas tend to cater to a heterosexual female audience - the BL genre emerged in Japan in the '80s, and most are created by women for a female teenage audience - Getaway differs because Foo wanted it to be an authentic gay voice for a gay audience.

"There's a lot of harmful stereotypes in typical BL storylines, where the protagonist is always trying to take advantage of his unconscious or drunk straight friend," he says. "I wasn't going to do that with Getaway because it just perpetuates the stereotype that gay men are sexual predators."

BL dramas have emerged as the primary form of gay media representation in parts of Asia where LGBT rights are lacking, Foo says.

"In 2020, Thailand and Taiwan produced over 80 BL dramas. That same year, South Korea jumped on the bandwagon, producing its first BL drama Where Your Eyes Linger, which was picked up by Netflix ."

While Getaway is not biographical, Foo says certain events were drawn from personal experience. "Not just from my experiences but also from my friends." 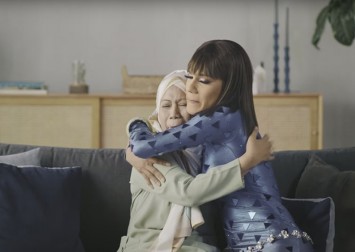 Foo came out to his "conservative family" aged 26. It didn't go well and to this day his sexuality remains a taboo topic.

"I'm considered a late bloomer for someone of my generation," says Foo, now 31. "We have a 'don't ask, don't tell' policy which is very common in Asian households.

"I know people in Singapore who have been kicked out of their family home after they came out - just because you don't see it on social media doesn't mean it doesn't exist.

"What I've discovered is if you can't find support or understanding from your family, then you create your own family."

Getaway is available on Dear Straight People's YouTube channel from May 23, with new episodes dropping weekly.