A group assault and alleged drugging incident at a Gangnam-based club run by Big Bang's Seungri has recently surfaced with calls for urgent measures to punish all related parties.

Kim Sang-kyo, the man physically assaulted by the club guards and allegedly by police officers who apprehended him, visited Burning Sun on Nov. 24, 2018. Kim alleges he witnessed a woman who appeared to be under the influence of a drug hiding from a man trying to grab her. He claims he requested the club's employees intervene, but the staff assaulted him instead.

According to Kim's account, officers dispatched to the scene from the nearby Yeoksam Police Station handcuffed him and did not apprehend the employee who assaulted him. 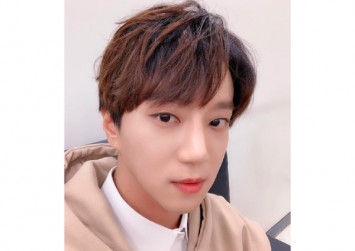 Kim claims the bleeding was the result of the assault at the hand of officers at the entrance to the station.

The security footage released by police does not show the area where the alleged assault took place, and police have since denied any wrongdoing, claiming Kim's bleeding nose was caused by a fall.

Police booked Kim on seven charges, including for criminal battery, an indecent act, obstruction of the performance of official duties and defamation.

In regards to controversy that the harassed woman had been drugged, Burning Sun has denied all allegations, Kim remains unconvinced, saying the woman he saw had been drugged and that numerous others had reached out to him with information claiming Burning Sun VIP guests and authorities had also drugged them.

Developments in the claims have caused public outcry. A petition on the Cheong Wa Dae website calling for the government to look into allegations that officers involved were bribed by the club has gathered over 200,000 signatures, passing the mark needed to trigger an official response.

Another petition calling for the investigation and punishment of drugging apparent in Korea's club scene has so far garnered over 60,000 signatures.

Burning Sun released a statement Tuesday saying that disciplinary action and dismissal of related employees have been carried out. The club vowed to improve its safety and security-related manuals and do its best to prevent recurrences.

Seungri, a member of K-pop boy band Big Bang and owner of the club, resigned as CEO with the club sometime during the fourth week of January. However, the singer was still running the club when the incident occurred and had even been present on the day, turning eyes to Seungri to issue an official apology.