Back in 2016, many became invested in the domestic abuse charges against Johnny Depp. According to Amber Heard's testimonies of the incident, her ex-husband had hit her (with photos to support this) and at one point, she took a video of him flinging a wine glass in a fit of rage. She said that this would happen when Johnny would lose his temper and would lash out on her, verbally and physically.

Naturally, people rallied behind Amber and condemned Johnny's actions, despite claims from his ex-wife Vanessa Paradis and best bud Doug Stanhope that he would never hurt a woman. It even went as far as calling Amber a gold-digger and a liar, which was below-the-belt and disrespectful to other victims of domestic abuse.

It's been almost three years since the case and their divorce was settled in court. So why are we talking about it again in 2019? Well, it's because people are changing sides after Johnny Depp filed a $50-million (S$68 million) defamation case against Amber and has presented evidence that he was allegedly on the receiving end of the abuse.

If you are just as shocked and confused as we are, here's what went down. 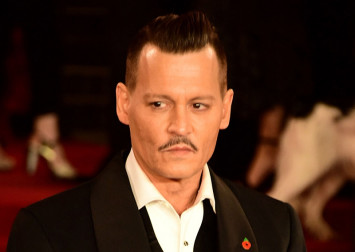 Amber Heard talked about the domestic abuse in a 2018 Washington Post op-ed, which prompted Johnny's defamation lawsuit against her. "The op-ed depended on the central premise that Ms. Heard was a domestic abuse victim and that Mr. Depp perpetrated domestic violence against her," the complaint read. It also stated that all of Amber's claims were "categorically and demonstrably false" and that there are testimonies from two separate police officers, third-party witnesses, and 87 newly-obtained surveillance footage that could refute her.

The lawsuit also listed down incidents of Amber's alleged abuse since the start of their marriage, including punching and kicking, as well as staging her attacks. The Blast managed to obtain a photo of Johnny's black-eye which was allegedly caused by Amber after he was late for her 30th birthday dinner on April 21, 2016.

Another instance detailed her throwing a vodka bottle at Johnny, resulting in a hand injury. TMZ reported on something similar in 2016 when the actor accidentally sliced his finger and allegedly wrote "Billy Bob" on a mirror, who he accused Amber of cheating with. Back then, it was reported that he was injured while abusing his then-wife.

This gets messier: The court document noted that Amber was previously arrested for "violent domestic abuse and having confessed under oath to a series of violent attacks on Mr. Depp." It added that she allegedly staged all of this to advance her career.

As of writing, the case has yet to be settled and Amber and her team are still standing by their initial accusations. But should we really be "uncancelling" Johnny after this? We can't say for sure since his claims aren't proven true in court yet. Plus, Joel Mandel, who was one of Johnny's managers, said that he was informed by house staff and security of the actor's violent ways as well. Even if Johnny was abused by Amber, it's possible that he would've fought back. It's still going to be a bad look for both of them.

If it does come out that Amber did lie about the abuse, this shouldn't stop us from believing and supporting those who have experienced this. Quoting sports writer Lena Blietz's tweet: "[She's] the exception not the rule. [Most] domestic violence reports are not fabricated. [This] is a fact."