Hong Kong superstar Andy Lau, 55, has opened up about his recuperation journey after a horse-riding accident which left him wheelchair-bound for almost two months.

Speaking to about 500 fans and media at an event in Hong Kong to promote his new movie 'The Adventurers', Lau shared that doctors would only allow him to go home from hospital after he mastered the two essential daily activities - showering himself and using the toilet.

Doctors also made him climb 120 steps a day because there are 28 steps to climb in order to reach his house.

Lau, 55, was thrown off a horse and stomped on while filming an advertisement in Thailand in January this year. He suffered multiple fractures in his pelvis and strained his tendon and muscle. 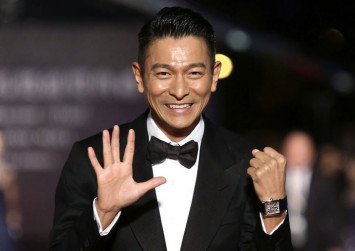 The event on Aug 22 was his first public appearance on home turf after the incident. The actor has been on a promotional blitz in China and Taipei for the past weeks since returning to work.

The 'Heavenly King' also revealed that his 5-year-old daughter Hanna had spurred him to make a speedy recovery, as he was determined to carry her again, Sin Chew Daily reported.

After four months of physical training and physiotherapy, he finally did so.

Lau describes his present condition as being 95 per cent recovered, and he is able to do more rigorous activities, although not with the same agility as before.

Parts of his body are also slightly numb due to his nerves being affected from breaking a vertebrae and cracking another in the fall, said Lau. Doctors have given him up to two years to regain full sensation in these areas, but they say that if it doesn't happen within this time, nothing much else can be done.

Pondering further on how he got injured in the freak accident after having attempted many stunts in his career, Lau believes it is all "fated". 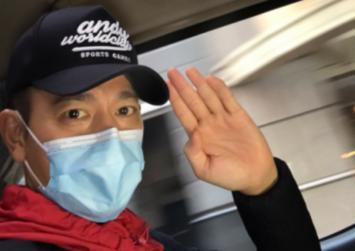 "The horse went crazy before anything happened. Actually I had already walked away (from the horse) but as I had to reshoot some scenes, I had to get on the horse again, a lot of things are fated," said Lau.

But he admits the incident has left him slightly shaken and fearful when it comes to horses.

"I'd often think, what will happen if I'm required to ride a horse again? Could I get a stunt double and have my likeness super-imposed on the actor?" Lau wondered.

The Thai commercial was released in March, but with all horses and horse-riding scenes cut from the final version.

"The advertising company didn't want it to affect me by dredging up bad memories of the incident," said Lau.