'Animals are not props': Horse's TV death is 'too much' for South Koreans

South Korea is set to introduce guidelines aimed at protecting animals used for filming after footage of a fatal fall in which a horse broke its neck was aired in a popular television drama, sparking outrage.

The horse crashed headfirst into the ground after being deliberately tripped during filming for a scene in period drama The King of Tears, Lee Bang-won on November 2, which required the stuntman playing Lee Seong-gye - founder of Korea's Chosun dynasty (1392-1897) - to fall off the animal while it was running at full gallop. The horse died from its injuries about a week later.

Footage showing the events leading to the horse's death, including its fatal fall, was incorporated into an episode of the show that state-funded broadcaster KBS TV aired on January 1, with the camera only cutting away after the actor riding the animal had been thrown off.

The agriculture ministry's announcement about the new filming guidelines came as a petition calling for greater animal welfare protections in the wake of the horse's death - posted to the presidential Blue House website on January 21 - had been signed more than 148,000 times as of Friday, nearing the 200,000 mark that compels an official response.

It also comes as vote-hunting presidential candidates have latched onto the issue of animal abuse ahead of March's election, amid mounting calls for greater protections - including a proposed ban on the consumption of dog meat.

In a statement on January 25, South Korea's agriculture ministry said its new guidelines would make it obligatory for all television and film productions to have an animal welfare representative on set during filming if animals were to be used. "Animals' right to life should be respected and they should not be treated as dispensable props," it said.

Footage of the horse's fatal fall obtained by advocacy group the Korea Animal Welfare Association (KAWA), which was not aired on television, showed that a rope had been attached to one of the animal's back legs to deliberately trip it when pulled tight.

In the distressing footage, the doomed horse flips head over heels as its leg is pulled out from underneath it, causing the animal to crash into the ground head first as the stuntman on its back rolls away in obvious pain. The horse then kicks its back legs for several moments before becoming motionless.

"Staff ran to check on the actor, but no one checked on the horse," KAWA, which was behind the January 21 petition, said in a statement issued last week.

Clips of the horse's fall soon went viral on social media, as angry viewers flooded KBS TV's channel on the video-sharing platform with comments calling for the drama to be cancelled, and for those responsible for the horse's death to be punished.

"It's unbelievable that they went ahead with such a dangerous method prohibited decades ago in other countries instead of using CGI," said Lim Chae-heon, a KAWA official, in reference to computer-generated imagery.

Nowadays, it is standard practice in Hollywood to display a message at the end of films saying "no animals were harmed" during their production, which is awarded by animal rights group American Humane.

But this has not always been the case. Film historians estimate as many as 150 horses were killed on the set of 1925's Ben Hur: A Tale of the Christ, while the 25 horses that were killed outright or had to be put down after being trip-wired for the climatic charge of 1936's The Charge of the Light Brigade sparked such public outrage that the practice of using tripwires on film sets was banned.

Much of the production for Korean television dramas is outsourced, according to movie critic Kwak Young-jin, who said budget and time constraints often caused contractors to opt for practical stunts in lieu of costly CGI.

"Surprisingly, a brief stunt is quite expensive to make in CGI - although it can save [the production] money for large mob scenes," he said.

"Because of limited time and money, the TV crew [on The King of Tears] opted for a dangerous stunt scene that brought about this tragedy - dealing a blow to the image of K-dramas" whose popularity had been spreading widely abroad in recent years. 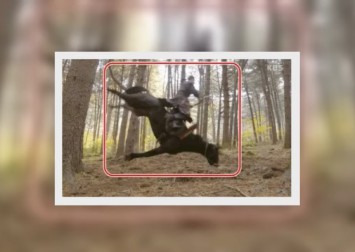 This is not the first time animal abuse has been captured on film in South Korea. KAWA has received a string of complaints about movies and television dramas over the years, Lim said, including 2014 KBS TV period drama Jeong Do-jeon, in which two horses were tripped up, and hit MBC TV series Years of Upheaval, which featured a horse being pushed over a waterfall and a snake being peeled and eaten alive - an act that was praised for its "bravery" by local media when the show, also known as Eyes of Dawn, originally aired from 1991-92.

In a 2020 survey by the Korea Animal Rights Advocates organisation of 157 people from South Korea's film and television industry, 8 per cent of respondents admitted to letting animals be hurt or killed during filming through the use of electric cattle prods and other coercive measures.

The animal rights group wants the guidelines to stipulate that CGI, puppets or other alternatives should be used instead of real animals whenever possible. "Animals are treated like they are props in dramas and movies," said Lee Nan-soo, an official from the group.

Korean movie stars joined the legions of viewers expressing their outrage and anger on social media, with popular actress Ko So-young among those taking to Instagram to proclaim their upset. "This is too much. Poor horse," she said.

"This is horrible," actress Kim Hyo-jin said on her Instagram. "The stunt actor was injured and the horse ended up dying … Animals on film sets are not props, they are live animals."

Amid mounting public anger and calls for The King of Tears to be cancelled, KBS-TV issued a statement saying it felt "a deep sense of responsibility" for failing to prevent to prevent the horse's death, which it described as "tragic accident"

It did not air episodes of the drama that were slated for broadcast on January 22 and 23 and promised in a statement on January 24 to strengthen regulations aimed at preventing a recurrence of the "unfortunate incident", which it said was caused by "a low level of sensitivity for ethics and animal rights".

South Korea will head to the polls on March 9 to elect a new president and a number of politicians - including conservative People Power Party candidate Yoon Seok-youl - have voiced their support for fresh measures to protect animals.

The wife of presidential hopeful Lee Jae-myung, who is running on the ruling Democratic Party's ticket, last month posted a video to Facebook urging people to care for stray animals instead of "beating them or driving them away".

Current punishments for animal abuse and cruelty include a fine of up to 30 million won (US$24,800) or a maximum of three years' imprisonment - but KAWA's Lim said offenders "mostly get off with just a slap on the wrist".

South Korea has been working on amending its civil code to grant animals legal status and recognise them as living beings with rights - as opposed to mere objects.

In the dog house

The horse's on-screen death and subsequent public backlash comes amid a growing animal rights movement in South Korea - where increasing numbers of people have become pet owners in recent years - and as calls grow for the consumption of dog meat to be outlawed.

"In the past, dog meat consumption tended to be justified as part of the country's culinary tradition but this line of argument is not accepted any longer" said Korea Animal Rights Advocates head Jeon Jin-kyung.

A survey in May last year showed 84 per cent of respondents were against eating dog meat, with 64 per cent saying they supported a ban on its consumption, as has been suggested by outgoing president and dog lover Moon Jae-in. The survey of 1,000 people was carried out in Gyeonggi province.

As attitudes change, a number of crackdowns have been carried out on South Korea's dog meat restaurants and slaughter houses on the grounds of violating food hygiene in recent years - forcing many to close down or relocated to out-of-the-way corners of the country.