Singaporean crooner Nathan Hartono is now a household name after coming in second during last year's Sing! China competition, but could the same happen to another local singer, Joanna Dong?

The 35-year-old singer, actress and host appeared on the first episode of the Chinese singing competition's second season, which was broadcast on July 14.

At the blind audition, Dong wowed with her jazzy rendition of "Love Song, 1990", which included portions where she showed off her impressive "mouth trumpet" skills.

Three out of four judges, including Jay Chou and new judge, Eason Chan, turned around for her, with Chou being the first.

Read Also
Nathan Hartono had hesitated to join Sing! China over the fear of failure 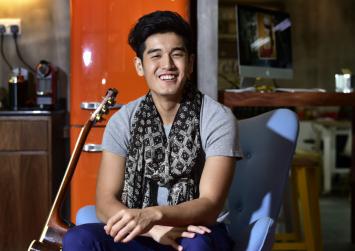 In his commentary, the Chou described how he was impressed by Joanna's singing ability.

And, just like her predecessor, Dong eventually chose the Mandopop king as her mentor.

But whether she will make it to the finals as Hartono did remains to be seen. Nevertheless, we're sure Singapore audiences will be behind her all the way.

Another Singaporean competitor, Marcus Lee, 25, also won a place in the singing competition, but he did not appear in the first televised episode.