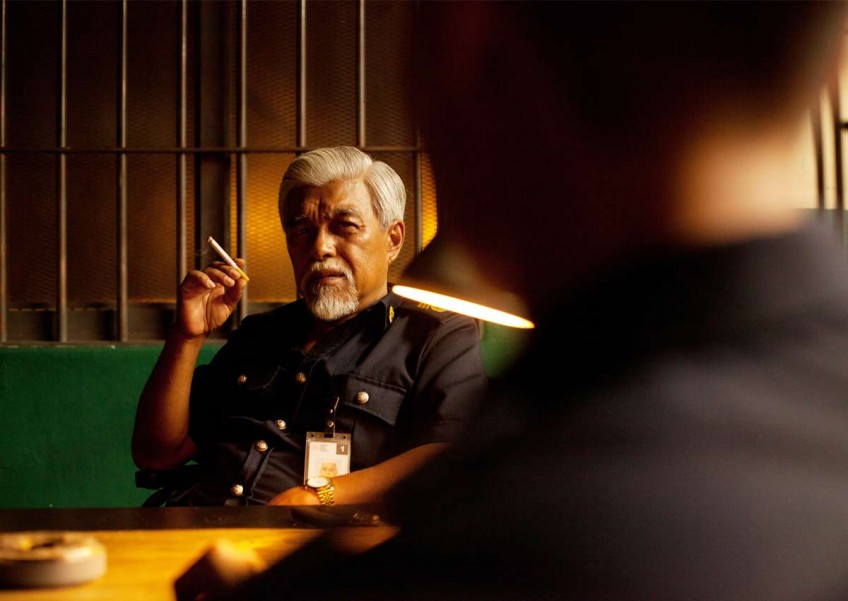 THIS week, a Singapore film, Apprentice, opens in our cinemas. It deals with the death penalty.

In this sophomore feature, following his well-received debut Sandcastle, Boo Junfeng tackles the subject of capital punishment. It has garnered praise around the world, with a standing ovation at Cannes.

How will the Singapore audience respond to such a film on its home turf?

A friend who just watched Finding Dory asked me: "Is Apprentice any good?"

Before I could answer, he ventured with more questions: "Did you enjoy it? Should I watch it?"

The straightforward answer is: "I enjoyed it and you should watch it."

But it is no Finding Nemo or Ah Boys To Men and there is nothing straightforward about Apprentice. Nothing cut and dry or black and white about it.

In cold hard shades of grey, it shows the dark corners and cruel space in and around a prison. Alongside, it unravels the emotions under the calm surfaces of people inhabiting this space.

Watching this film, if you notice the look and feel is less parochial and local while still unmistakably Singaporean, you will have uncovered a significant precedence this film has achieved.

The genesis of this film is grounded in Singapore.

But it would take Boo five years to make it.

The script took three years to write. The casting was "colour-blind" as in it did not matter if the actors were Chinese, Malay or Indian.

When Malaysian actor Wan Hanafi Su was cast as the hangman and Singaporean actor Fir Rahman as the apprentice, their dialogue was then decided to be in Malay. The casting process took a year.

The result is a seamlessly universal film while staying steadfastly a Singaporean product. For the longest time, we have been wondering how a Singapore film can travel. This is perhaps the most rational answer.

The breakout directors, someone like Lee Ang, started out this way. His Wedding Banquet and Eat Drink Man Woman were produced from Taiwan but the film-making processes were organically international.

The creative process of Apprentice was also both complete and inclusive with producers from Singapore, Thailand and Spain. The script was also developed at the Jerusalem Film Lab.

But is Apprentice any good? Singapore films have been polarised into commercial movies and arthouse films. The former led by Jack Neo and the latter by Eric Khoo.

In recent years, younger and bolder Singaporean film-makers are exploring beyond bread-and-butter issues, and blurring the line between commerce and art.

While Apprentice may not be a commercial film, it is mainstream and is quietly powerful.

It deals with a bold subject matter and throws up pointed questions.

Not all questions are answered - Boo leaves more than a few elements hanging.

Within minutes, the audience feel they are really in a prison space. For a hanging scene, the pace is measured but expedient.

Like real life, when even the most significant event will come and go, life goes on. This realism is the biggest creative achievement of the film.

Immersing in this created reality also makes it an enjoyable experience. It reflects the steady grasp of the director and how he has matured as a film-maker.

When a Singapore film about a maid won the best film at the Golden Horse Awards, I saw a symbolic changing of the guards. Ilo Ilo was the metaphorical baton passed from the pioneers to the next generation of film-makers.

While the pioneers are still active and breaking new ground, the recent success of 7 Letters signals the acceptance of mainstream quality films that do not pander to the lowest common denominator.

Apprentice is set to run with this baton to critical and hopefully commercial success.

And the stage is set for the emergence of Singapore films that cross racial and cultural boundaries.