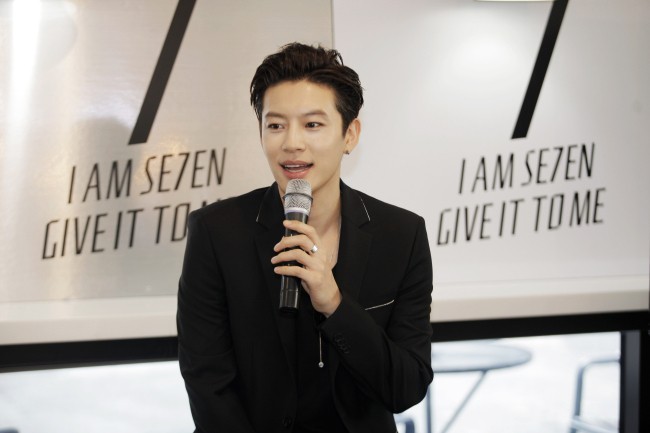 Hundreds of K-Pop lovers cheered on while Choi Dong-wook, better known as Se7en, appeared at the Asian Fest, held at the Gelora Bung Karno sports complex in Senayan on Thursday evening, enlivening the Asian Games.

Fans called out their idol's name and shouted "saranghaeyo" (I love you) at Se7en.

Se7en, who participated in the Games' torch relay in Jakarta on Aug. 15, greeted his fans, saying he was happy to perform in the event.

"This is my first performance in Jakarta. I'm happy to be here, thank you for coming. I hope you enjoy," he said.

Se7en performed his songs "Digital Bounce", "La la la" and "Come Back to Me", with the audience singing along.

He later congratulated Jakarta and Palembang for hosting the Games.

"I love you all, I love you Jakarta," he said in Indonesian, which was responded to with cheers from the audience.

Another Korean artist, Eun Ga-eun, also entertained fans with Korean songs as well as covers of Beyonce's "Listen" and "If I were a boy".

Yetty, 30, a resident of Tebet, South Jakarta, said she attended the Asian Fest to catch a glimpse of Choi.

"Admission was Rp 25,000, but when I entered the venue it was discounted to Rp 20,000. Maybe they gave us a discount to attract more people," she said.

Amanda Trinita, 21, a resident of Bekasi, said she enjoyed the event as it combined sports with entertainment.

"The Asian Games is not only about sports but also about entertainment. It attracted youngsters," the Korean drama lover said.