AsiaOne on air: Into heavy metal music? Retro? Here's what to do this weekend 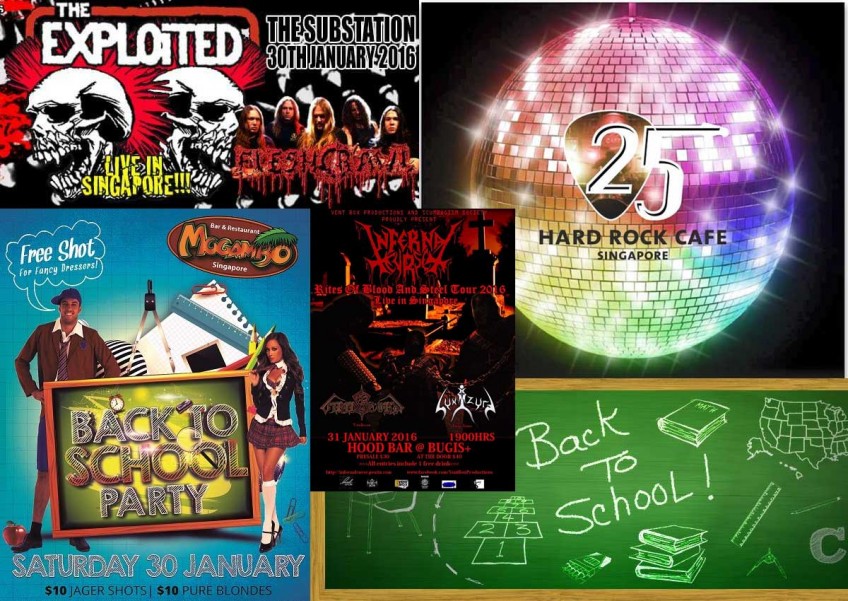 The weekend (yes it may be Thursday) starts off with OneFM's very own Beer O-Clock at Mischief American Street Food in Esplanade this evening (Jan 28). If you want to hang out with the morning crew and OneFM DJs, go down after work.

Otherwise, I found some superbly unique parties, if I do say so myself.

For those of you into punk, hardcore and metal music, Scotland's very own The Exploited will be in Singapore for the first time on Saturday from 3pm at The Substation. You can get tickets on the door for $50.

And for those into black metal music, Argentina's very own Infernal Curse will also be in Singapore on Sunday from 7pm at Hood Bar & Cafe located at Bugis+. Entry is $40 with one drink.

But if that's a bit heavy, then go out on Friday instead to Hard Rock Cafe from 9pm.

They are having their first retro night for 2016 as part of their 25th anniversary celebrations.

If you dress up in your grooviest retro outfit, you stand a chance to win a barrel of Carlsberg beer.

Still keeping in the groove, both Mogambo and Hero's at Circular Road are having their Back to School night from 8pm on Saturday.

Dig up your old school uniforms and enjoy a free shot, and selected drinks are going for $10 all night long at both places.

To catch the Party Girl, listen to her on OneFM's #1 Breakfast Show with Andre Hoeden, Glenn Ong and The Flying Dutchman on Thursday mornings.