AsiaOne on air: Where to party this weekend 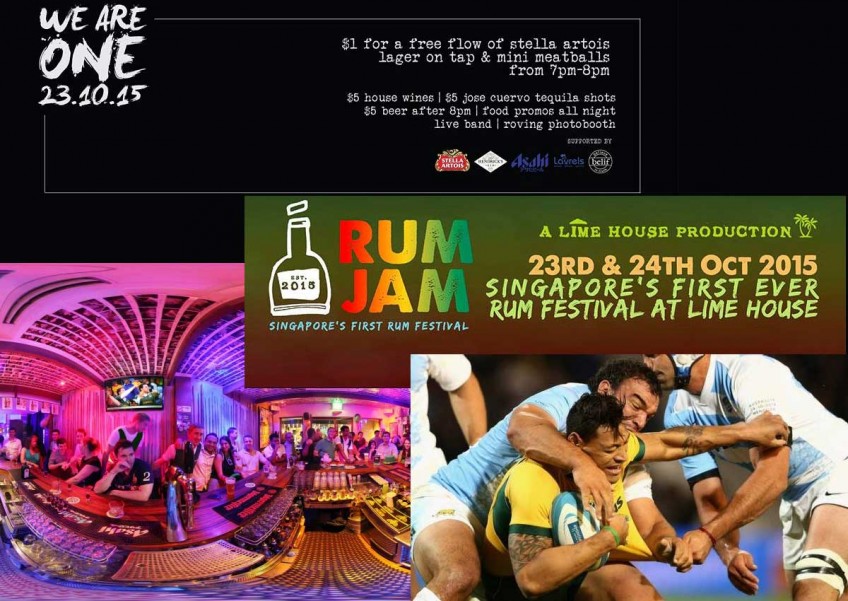 The Party Girl recommends some serious partying to get down to this weekend that involves drinks and sports.

Friday starts off with the one-year anniversary of Club Meatballs at China Square Central.

If you've not ever been there, now is your chance to go because they will be having some awesome deals like free flow of beer on tap for only $1 from 7pm to 8pm. Other deals are tequila shots and wine at $5.

Those into rum can rejoice over Friday and Saturday because Lime House in Jiak Chuan Road is having Singapore's first-ever Rum Festival.

The two-day festival will be jam packed with rum tastings, masterclasses, and rum dinners, all happening at Lime House. And they will have the closing party from 7pm on Saturday.

For those into rugby, you can watch the mighty Wallabies, that's Australia for those unsure, face off against Los Pumas, that's Argentina, in the 2nd Rugby World Cup Semi-Final on Sunday.

Mogambo's in Boat Quay will be holding An Evening of Sophisticated Rugby Commentary (said sarcastically, of course) with their own commentators. Expect bad language, tantrums, weird stats, and odd outbursts.

To catch the Party Girl, listen to her on OneFM's #1 Breakfast Show with Andre Hoeden, Glenn Ong and The Flying Dutchman.