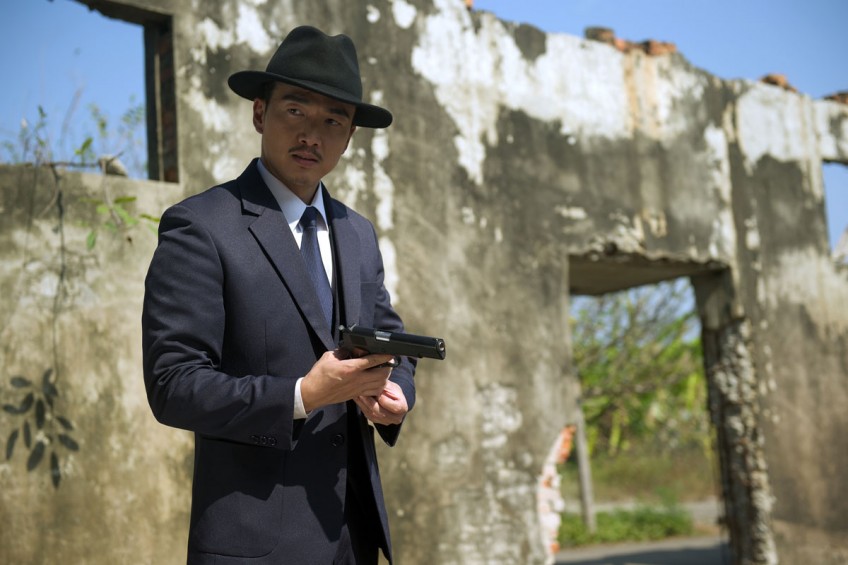 Audiences are so convinced by Taiwanese TV actor Patrick Lee Pei- hsu's recent turn as a major villain that they have become afraid of him in real life, he says.

The 35-year-old star tells Life that people in the street have been giving him "nervous glances" ever since he started playing the vicious Japanese cop Nakamura Kohei in the hit Taiwan Hokkien drama Haru.

He says in Mandarin with a chuckle: "When I go to the convenience store, its employees always look like they are very scared of me. They give me wary looks.

"But even more dramatic are the mummy or auntie viewers. They come up to me and scold me for being too evil. I have to tell them, 'Auntie, I'm just acting. I'm actually a very cute person in real life, I would never hurt anyone'."

The role is certainly the biggest break for the actor so far, who until then only had supporting roles in TV dramas such as the popular Office Girls (2011) and The Fierce Wife (2010).

He says excitedly: "This is the kind of role that you are willing to wait many years for. Even though he's not the hero, he's a truly complex character that any actor hopes to play at least once in their career."

Haru, which is set in Japaneseoccupied Taiwan in 1925, follows the lives of several Taiwanese families who suffer at the hands of the invaders.

Lee's character is brutally violent - one who kills anyone who stands in his way.

There is one scene where his character gets severely beaten up with sticks by several of the show's protagonists, whom the actor claims "got a little carried away" in the process.

He says with a laugh: "I do think my character should be punished this way. He deserves it. But I was hit until my right eye was swollen."

The strong winds that day also caused dust particles to scratch his contact lenses and he had to take them out.

"So with my right eye swollen and with no contact lenses on, I filmed the entire day in a state of near- blindness."

Getting injured is one thing, but the greater challenge of the role is the language, he says.

Given that he plays a Japanese character, most of his lines are in Japanese, which he has never studied before.

So he uses hanyu pinyin to phonetically spell out every word in his script to learn his lines.

Lee, who is reportedly dating Taiwanese model Janel Tsai, 40, says: "I took four times longer than usual to learn my lines for this show.

"But it's worth it. It always feels like I'm starting all over again in this business and it's a good refresher. When you get a role like this, you do all that you can to make it good."