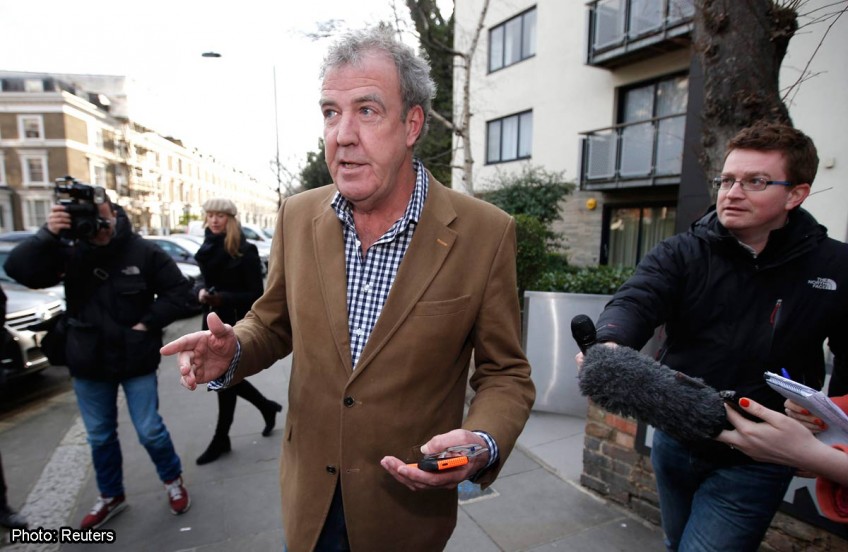 LONDON - The BBC said on Wednesday it would not renew the contract of Jeremy Clarkson, the lead presenter of its popular motoring programme "Top Gear" who was suspended after a "fracas" with a producer.

Clarkson, 54, who has generated both controversy and profits for Britain's publicly funded broadcaster, was already on a final warning over accusations last year that he had used racist language while filming the show.

"It is with great regret that I have told Jeremy Clarkson today that the BBC will not be renewing his contract," Tony Hall, the BBC Director-General, said in a statement.

Top Gear, which is aired in more than 200 countries, is one of the BBC's most profitable shows but its lead host, a friend of Prime Minister David Cameron, has offended, among others, environmental groups, mental health charities and cyclists with his forthright manner.

Last October the show sparked a diplomatic incident between Britain and Argentina, two countries which went to war in 1982 over the Falkland islands.

A Top Gear television crew was forced to flee Argentina after driving a Porsche 928 GT with the registration number H982 FKL - which some people suggested could refer to the Falklands conflict.