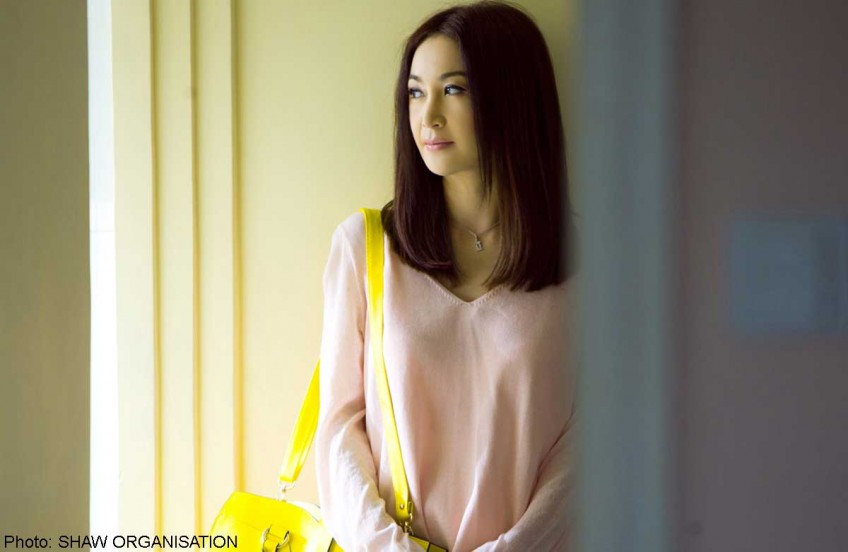 With her va-va-voom figure and come-hither eyes, Hong Kong actress Irene Wan has landed many sexy roles in her career.

One could easily imagine her taking a seductive role in her new movie May We Chat, which portrays the seedy side of Hong Kong society with juvenile delinquents, drug abuse and prostitution.

But the 47-year-old bombshell is in a different phase of life now. She is all prim and proper as a mother of a troubled teen in the movie, leaving the steamy sex scenes to her younger co-stars, such as Kabby Hui and Rainky Wai.

Over the telephone in Hong Kong last week, she says: "I hope people won't focus on the revealing scenes or the nudity. I want to shoot good movies. I choose roles which are backed by good stories."

Wan has special feelings for this project as it is a contemporary take on her debut film, Lonely Fifteen (1982), which also revolves around wayward teens and for which she was nominated in the Best New Performer category at the Hong Kong Film Awards.

There is another reason why the new film is close to her heart - she admits that she was rebellious during her teenage days and was once even slapped by her mother for keeping bad company.

"When I recall those times, I realise I shouldn't have acted that way. I had friends who would skip school and go to the disco.

"My mother wasn't happy. She didn't want me to go down the wrong path. My mother had never hit me before and she slapped me that once."

Wan has become a mother herself. She adopted her four-year-old son Xavier in 2010, a decade after she married Mr Kenny Ho, who reportedly comes from a rich family in Hong Kong and works in the banking sector.

She is confident her son will grow up well: "I know what a child needs. I wanted open communication with my parents and I wanted their concern.

"Now, I shower my son with lots of love. I spend a lot of time with him to get to know him better."

In a career spanning more than 30 years, she won the hearts of audiences in the hit 1992 TVB drama Vengeance, where her character Hoi Chiu went from innocent girl to scheming woman bent on revenge.

Though she is adamant that she will not shoot a nude scene again, Wan is not coy about being labelled a vamp.

She says: "I never thought of shedding my sexiness. I think sexiness is a vibe, some people have it and some people don't. I won't try to change myself on purpose. I am who I am."

The yummy mummy showed off her enviable figure for a good cause when she recently flew to Greece to shoot a pictorial. The funds raised from sales of the pictorial goes to helping children in China who have vision difficulties.

On how she maintains her youthfulness, she said: "Since I was young, I had the habit of jogging once I woke up. When I have time, I exercise. I go to the gym, I do yoga.