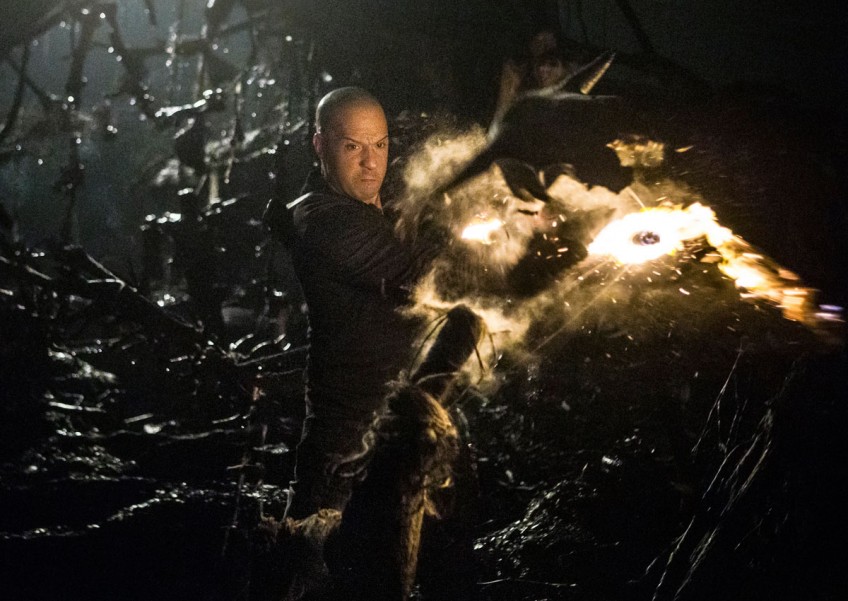 The story: Kaulder (Vin Diesel) is an immortal, a quality he gains after killing the Witch Queen (Julie Engelbrecht). In the present day, rogue witches threaten the truce between witches and mortals. With the help of Catholic priests known as Dolans (Michael Caine and Elijah Wood), he has to destroy the rebel faction before they unleash a plague.

In this muscle-versus-magic match-up, Vin Diesel as Kaulder is a cop patrolling the thin line between humanity and witchdom, and sworn to lay to waste spell-casters who dare use magic for evil.

He brings balance to the system largely through his fists; you would think that 800 years on earth, studying the ways of his enemy, would have taught him finesse. Perhaps there is no need to evolve his methods because centuries of conflict seem to have taught witches nothing about Kaulder- proofing themselves.

If Diesel - a self-confessed Dungeons And Dragons geek - has reservations about defeating potions and portals with punching, he is not saying anything.

Diesel is an actor of great magnetism, sadly drawn to playing one-dimensional action heroes that are all super power, zero weakness. This robs the story of threat; you never believe that he is in danger at any point, a problem also afflicting his Riddick and Fast And Furious franchises.

Recently, there has been a trend of getting around the roadblock by having every character in the film pronounce the superpower a curse, a screenwriting tactic that has the benefit of making the hero wear mysterious dark clothes and a frown that tells of intense inner pain.

The team members behind this - director Breck Eisner and his screenwriters - bring to the project experience from other supernatural sci-fi features (Dracula Untold, 2014; Priest, 2011). They make something of an attempt at building something more than a video game in which disposable, gormless enemies are slaughtered by the dozen in a shower of glowing computer-enhanced goo.

There are, for example, hints that the witches are only reclaiming Nature from the greed of men and that Kaulder kills witches because of a private vendetta.

But even the considerable talents of Elijah Wood and Michael Caine (who seem stuck playing advice- dispensing assistants) cannot make this any more than another flick in which biceps give black magic a beatdown.