[UPDATE - Wed, June 7]: T.O.P.'s mother has refuted claims that the rapper is simply "sleeping". She told Koreaboo that he is in "extremely critical condition and close to dying".

"My son is still unconscious and to read articles that say he's deep in sleep is hurtful. Please edit and refrain from saying such things," said his mother, who added that T.O.P. is currently being assisted by a breathing device and due to the lack of oxygen, he may have possible brain damage.

YG Entertaiment also released a statement, sharing the same anger and confirming that the artiste is "wearing an oxygen mask and is unconscious".

Multiple Korean media outlets have cited an anonymous police source, who told the media that T.O.P. is awake and conscious and is "simply sleeping" due to sleeping pill ingredients in the tranquilisers that he allegedly took.

BigBang's T.O.P., whose real name is Choi Seung Hyun, has reportedly been found unconscious on Tuesday afternoon from a drug overdose and is currently in intensive care unit.

A source from the rapper's company, YG Entertainment, told Soompi that he is "receiving intensive care" after overdosing from tranquilisers.

"We are still checking whether or not he has regained consciousness yet. Please wait for developments."

A police official told Yonhap that the 29-year-old star is not in a critical condition and "is sleeping since the medication he took contains sleeping pill ingredients and once the effects weaken, he will be okay in a day or two.

The official added that Choi had no serious problems and would react when people called his name or pinched him. He also revealed that the singer was not transferred to the hospital in a stretcher but was assisted by others. 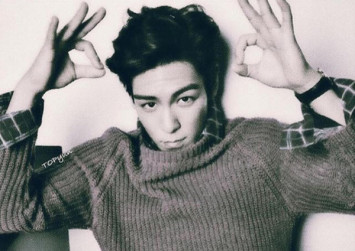 Choi was expelled on Monday from military service duties after admitting to smoking marijuana. He will have to go through investigation and trial, before he can re-enlist, reported allkpop.com.

According to reports, Choi's mother and others were waiting at the hospital for him to wake up.

Some reports have stated that he had regained consciousness but it has been revealed to be false.