Blackpink to celebrate 5th anniversary in style, with new documentary film part of their '4+1 project'

K-pop sensation Blackpink plan to celebrate their fifth anniversary in style, with a new documentary film that will be part of their “4+1 project”.

It’s hard to believe that Blackpink’s been in the K-pop world for nearly five years now, but the popular girl group is celebrating their fifth anniversary this summer in a big way.

Earlier this week, the quartet revealed it’d be releasing Blackpink The Movie in August as part of its “4+1” anniversary project, and released an announcement video today to kick things off with a look back over the last five years of their music and activities from the K-pop act.

The movie premiere is set to coincide with Blackpink’s anniversary on Aug 8, and will be playing in theatres across the world in over 100 regions and countries.

According to the band’s 4+1 Project website, the movie will feature past live performances by the group and take a look back at the band’s memories and thoughts since their formation in 2016.

Additional details regarding other celebratory events have yet to be announced, but according to the website, the 4+1 Project is “a gift for [fandom] Blink and an event that will be held so the fan can enjoy Blackpink’s passionate performances”. 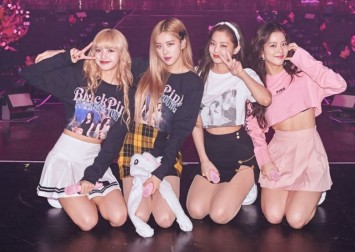 Blackpink the Movie is set this summer to follow the release of the documentary Blackpink: Light up the Sky, which premiered on Netflix last year.

Jennie, Jisoo, Lisa and Rosé kicked off their career as Blackpink in 2016 with the release of singles Boombayah and Whistle, and have gone on to become one of K-pop’s most prominent pop acts.

Known both for their addictive, charismatic music and their impact as fashion icons, the group has broken numerous records and collaborated with the likes of Dua Lipa, Selena Gomez, and Cardi B.

Blackpink gained worldwide fame over the past five years, and became the first-ever K-pop girl group to perform at Coachella in 2019. Currently, members of the act represent luxury fashion brands including Givenchy, Tiffany’s, Dior, Chanel and MAC cosmetics.

The band released their first LP, The Album, last year, fronted by the single Lovesick Girls.