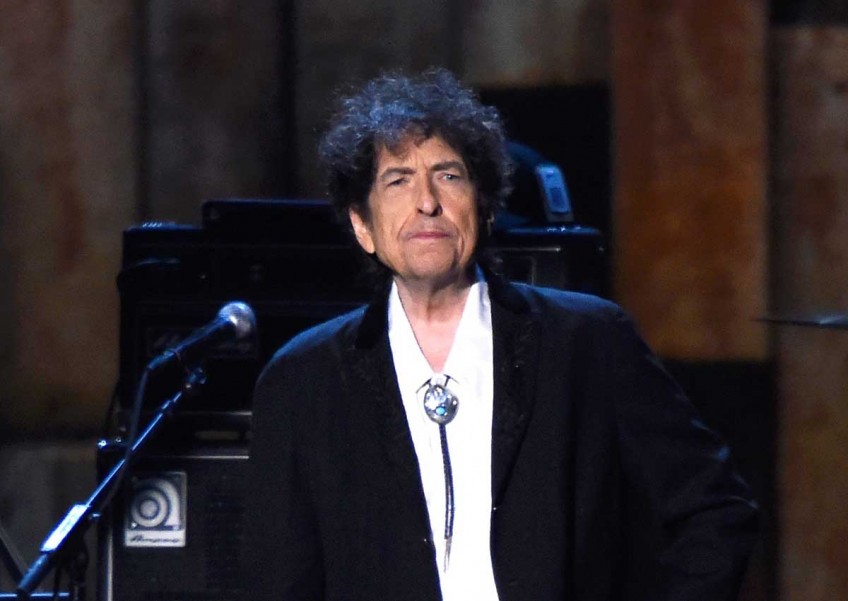 LOS ANGELES - Bob Dylan has been accused of borrowing heavily for part of the Nobel Literature Prize lecture he finally delivered to the Swedish Academy last week.

The singer-songwriter's remarks on how the book "Moby Dick" influenced him bear a close similarity to the SparkNotes summaries of the Herman Melville classic novel, according to an analysis on Slate.com.

SparkNotes.com provides study guides for students in literature and other fields.

Author Andrea Pitzer, writing on Slate.com on Tuesday, listed some 20 sentences from the portion of Dylan's lecture on "Moby Dick" that closely resembled phrases or ideas on the SparkNotes website on the book.

They included lines from Dylan's online lecture such as "Ahab's got a wife and child back in Nantucket that he reminisces about now and then."

The entry from SparkNotes reads "musing on his wife and child back in Nantucket," Pitzer noted.

Dylan's representatives did not return calls for comment on Wednesday.

Dylan, whose songs include "Blowin' in the Wind,""The Times They Are A-Changin" and "Like a Rolling Stone," has admitted in the past that he draws from other influences.

In a 2012 interview with Rolling Stone magazine, he brushed aside criticism that he plagiarized the work of other artists by saying: "It's called songwriting. It has to do with melody and rhythm, and then after that, anything goes. You make everything yours. We all do it."

The media-shy Dylan, 76, delivered his lecture to the Swedish Academy last week just within the six-month time limit set by the organisation in order for Nobel laureates to receive the 8 million crowns (S$472,640) that goes with the prize.

He chose not to attend the annual ceremony ad banquet in Stockholm.

world to make of it? Perhaps the use of SparkNotes can be seen as a sendup of the prestige-prize economy," said Pitzer.